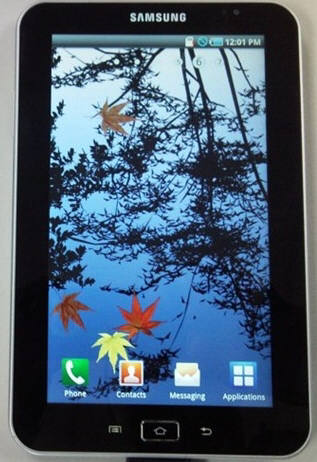 Samsung’s tablet, the Galaxy Pad (or GalaxyPad) will apparently be released in two versions, one sporting a 7 inch display and the other a 10 inch screen. At least this is what news.mk.co.kr is claiming these days and we have to mention that the 7 inch Galaxy Pad is supposed to go live at the IFA 2010 event taking place in Berlin early next month.

The slate made by Samsung will run Android 2.2 on top of a 1GHz CPU and its specs list will include a TFT LCD panel, a 5 megapixel camera, WiFi, 16GB of internal memory and a microSD card slot. The Galaxy Pad will debut on SK Telecom in September.