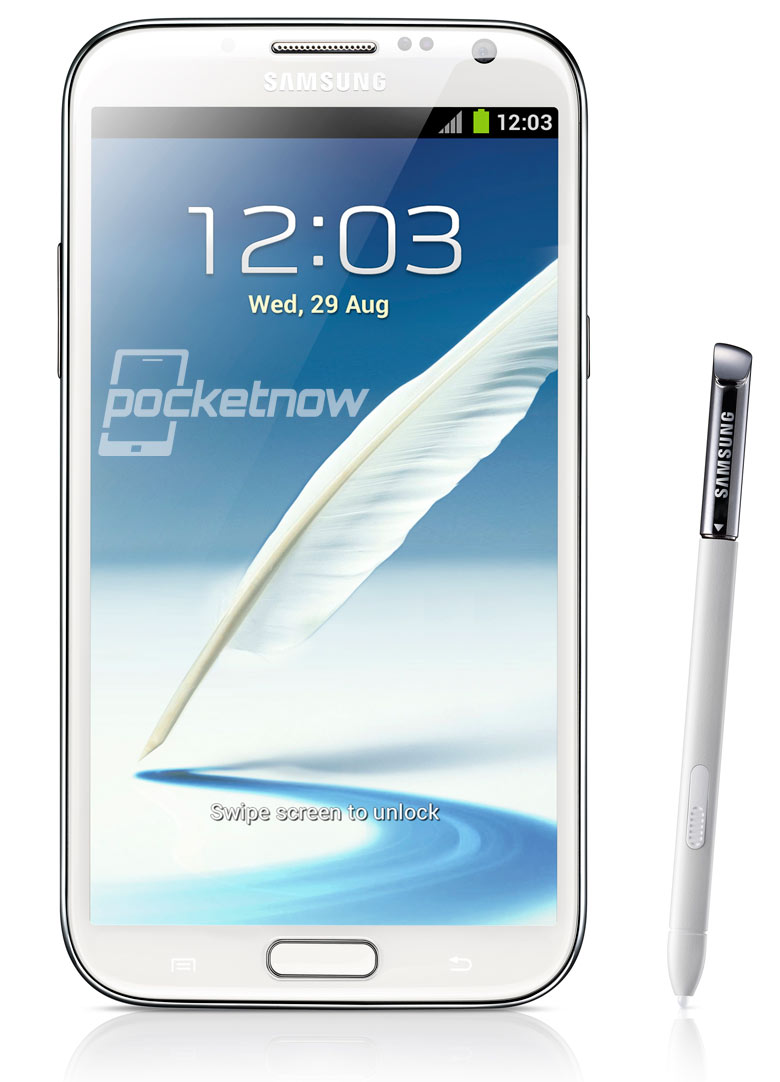 Just one hour from now we’ll know what the Samsung Galaxy Note II looks like and its specs, but before that there’s the already traditional last minute leak, that you can see below. We get the specs and official pictures of the handset ahead of its debut, courtesy of Pocketnow.com and their tipster. 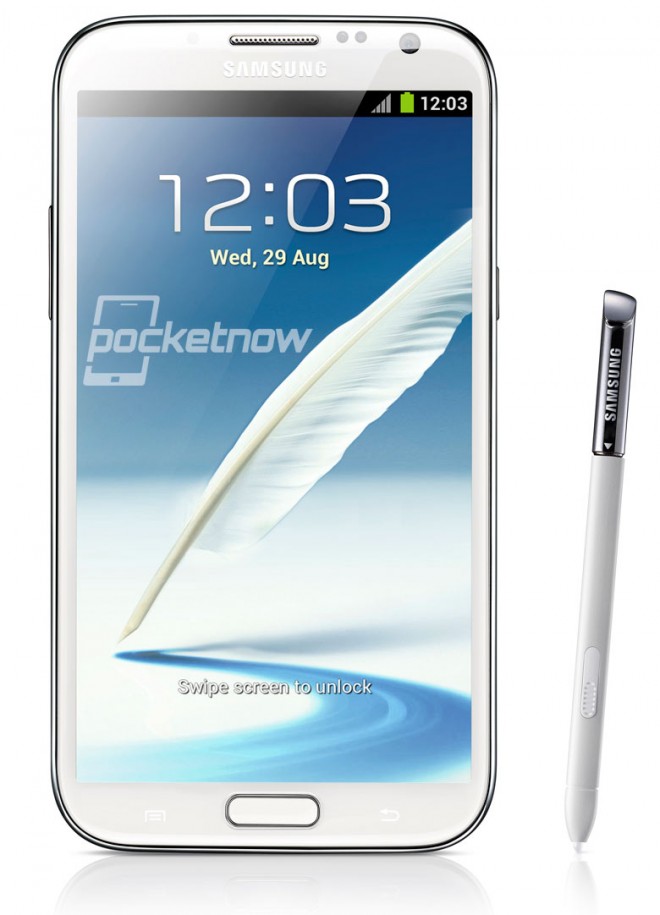 So, we’re dealing with a 5.5 inch device, as expected and speculated, with a 1280 x 720 pixel resolution and a true 16:9 aspect ratio, a pixel number decrease from the original Galaxy Note. The display uses a HD Super AMOLED panel and other features include a 1.6 GHz quad core CPU, with no processor type specified, although I’m pretty sure it’s an Exynos. You also get 2GB of RAM and an 8 megapixel camera at the back, plus a 1.9 megapixel shooter upfront.

A larger 3,100 mAh battery is on board and that’s just quite a jump from the 2,500 mAh one on the original Note. The device will come in a thinner package, at a 9.4mm waistline and it will also be 2 grams heavier than the Note 1. It will come in 16, 32 or 64 GB storage versions and it will have microSD expansion available. The Note II will ship in October and we have no word on the price. Know that the S Pen is now longer, thicker and with a better design. More info will come later from IFA 2012! 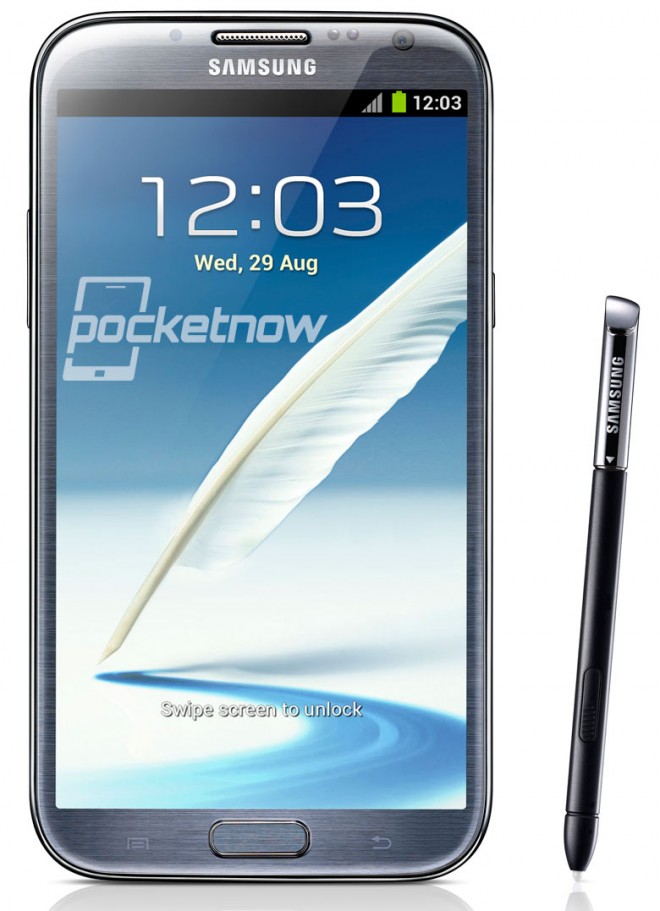 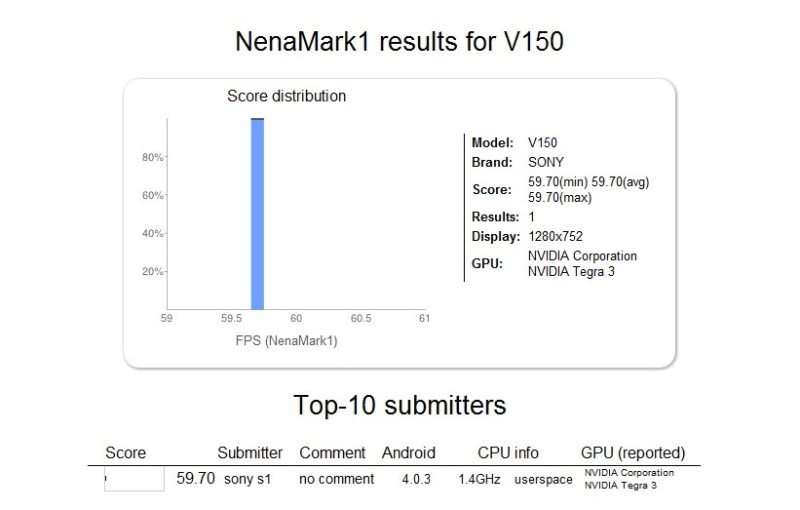