Samsung Galaxy Note 10.1 has just debuted in USA, where it’s available for purchase starting today, according to the maker of the tablet itself. We’re dealing here with the first quad core Exynos tablet and one of the few 10.1 inch models with a stylus included in the mix. So, you get the S Pen, cool apps and a quad core CPU. Let’s see what else!

For one thing, Adobe’s Photoshop Touch is preinstalled on the slate and optimized for the Samsung S Pen, in order to deliver precision and control, says Samsung. There’s also a multiscreen feature on board, allowing users to use apps side by side at the same time, in a multitasking-style experience. The apps that are supported for multiscreen use are S Note, Internet browser, video player and more. The S Pen features 1,024 levels of sensitivity and it appears that the Galaxy Note 10.1 is designed for natural and intuitive content creation. 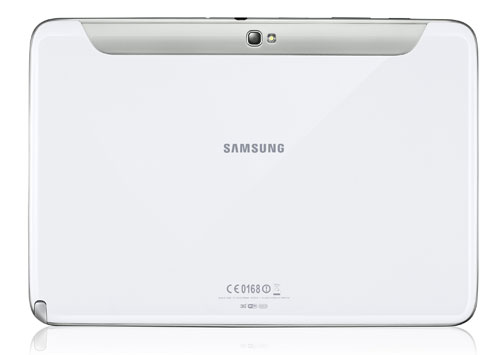 Galaxy Note 10.1 also offers a stunning 2GB of RAM, which I think no tablet on the market can brag with, at least not those with Android. Its 1.4 GHz quad core Exynos CPU and 5 megapixel main camera, plus 1.9MP front shooter complete the landscape. The product is available in the States in your choice of white or dark gray and in 16GB or 32GB storage versions for $499.99 or $599.99 respectively. Not bad, right?