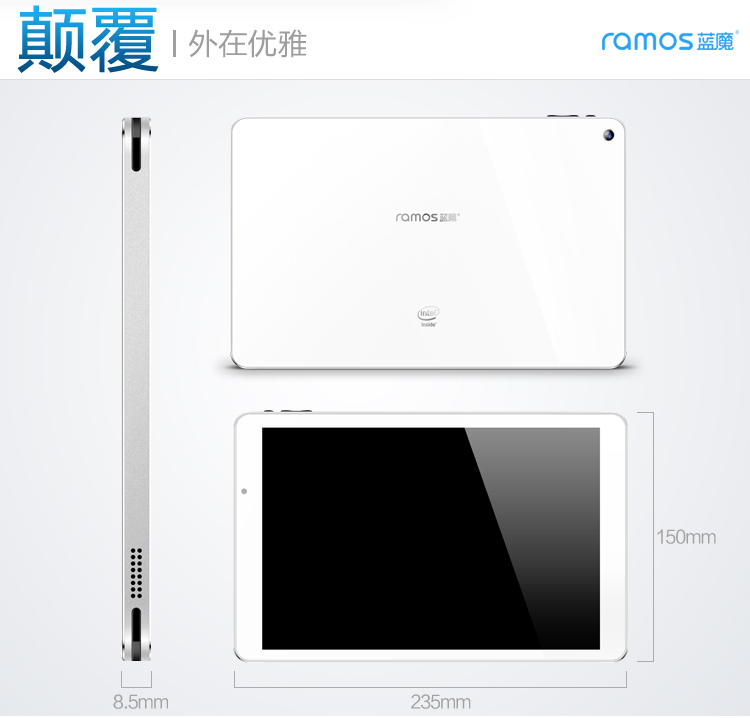 Recently, Ramos i9, a new 8.9 inch Android tablet appeared on the web. This tablet looks a little bit similar like an iPhone 4/5, as you can see in the picture below. Ramos i9 will be available in two colours: black and white. 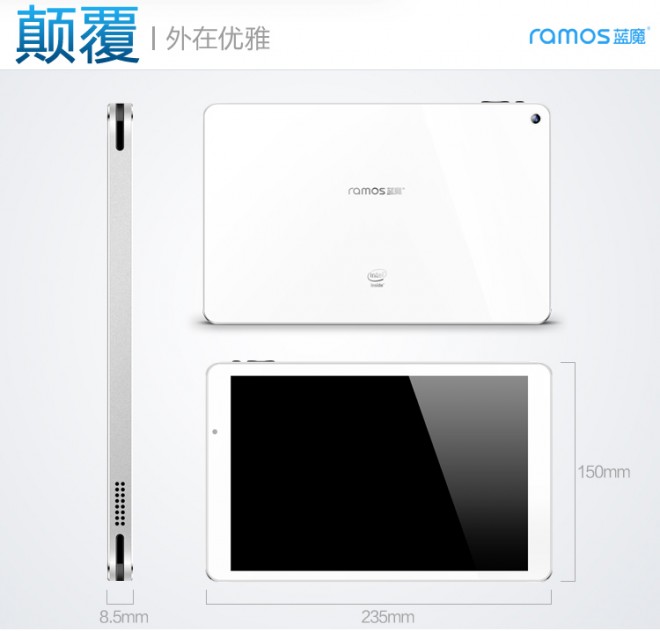 This tablet is also a flagship device, because of the hardware components found inside the case. We have an Intel Core Z2580 processor clocked at 2 GHz and 2 GB of RAM. The IPS screen measures 8.9-inch and it has a 1920×1080 resolution with 254 ppi, a density pretty close to Apple’s Retina Display.

Another main component that puts this tablet in the flagship category it’s the battery, that has 7.000 mAh and that should give us enough power to run it all day long. Ramos i9 will arrive on the market on March 15 with a pricetag of $265.