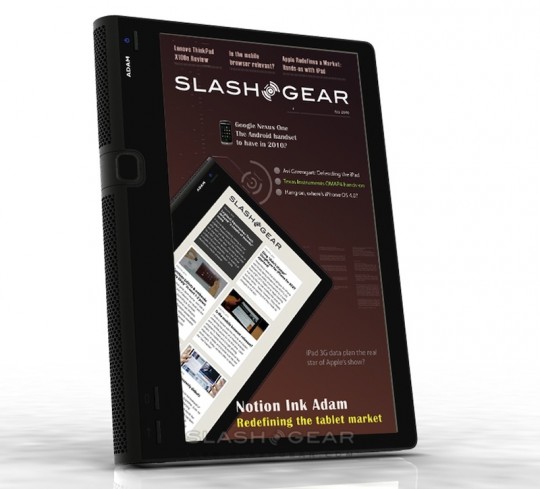 Among the most appealing products shown at CES 2010 last month, there was Notion Ink’s Adam tablet, a true rival of the Apple iPad, if not better than the gadget created at Cupertino. Adam is an Android slate based on the latest NVIDIA Tegra chipset and using Pixel Qi’s low power display. The device is pictured below and the demo at CES 2010 involved only a prototype at that time.

A comparison between the iPad and Adam is predictable at this point and it seems that the Notion Ink device is better, as far as the battery life is concerned, thanks to the Tegra low power solution and the Pixel Qi display. Also, thanks to the NVIDIA chipset, Adam is able to output 1080p HD video, while the Apple tablet sticks with 576p/480p via an optional component cable. 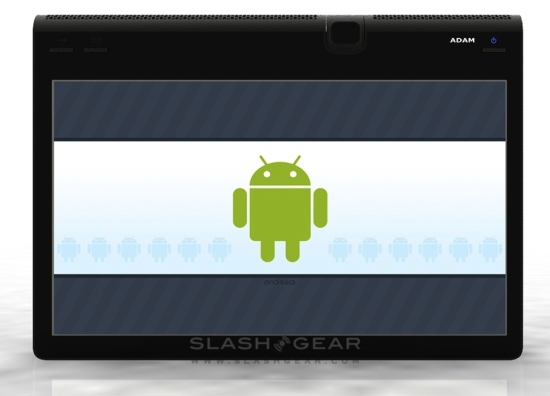 Apparently,  Notion Ink wants to release two versions of the Adam tablet, one with a 12.9mm waistline and the other one 11.6mm thick. Meanwhile, the iPad is quite fat, with its 13.4mm case and speculations about the Adam tablet go on, mentioning a better price than the one of Apple’s gadget. As a final plus for the tablet shown in action below, we’ve found that it runs Flash, supports Ebooks and comics and it’ll get its own app store.

Notion Ink also plans to run an Apps Competition, with huge prizes, in order to draw developers to their platform.