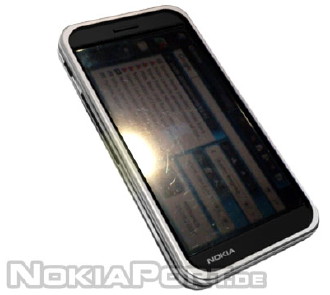 Nokia’s N900 Internet tablet slash smartphone is one of the hottest pieces of machinery manufactured by the Finns and it’s so appealing also thanks to the Maemo 5 OS it runs, but now it turns out that there’s a very cool successor coming. Dubbed the N920, the device gets pictured below and was recently leaked by the folks of Nokiaport.

This Internet Tablet will be running Maemo 6 and will probably hit the market in 2010. Word’s out that this tablet will sport a 4.13 inch capacitive multitouch display, putting Nokia on par with its rivals, who launched hot smartphones with such screens lately. One should also notice the keyboard-less design, while the specs list will seemingly be borrowed from the N900.

We’ve yet to find out if the N900 will get the Maemo 6 upgrade or not, but it should be, considering the hardware resemblance between these two models. Rumoured launch date for Nokia N920? Mid to late 2010…