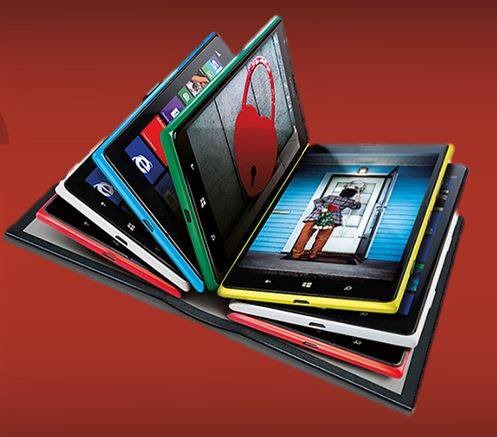 The famous Nokia Lumia 1520 has been available only in red, black, white and yellow, with no trace of the famous cyan flavour that so many Lumias have embraced. Now Nokia’s Facebook page has revealed the Lumia 1520 in cyan and green as well, giving us hope for a new set of colors for this model.

Cyan has been associated with Nokia for a while now, but I think that the yellow they’re promoting so much on flagships has become their new official color. The Lumia 1520 is a 6 inch Full HD phablet with a Snapdragon 800 CPU and a 20 megapixel Pureview camera. This is still the most powerful Nokia handset to date and also the biggest.

It also was the first to debut Nokia Black, the Refocus feature, RAW capture and other goodies. In our review of the device we were simply stunned by its crazy 17 hours of continuous HD playback, a feature that even tablets would envy. More details here.

Nokia EOS Aluminum Device May Actually End Up Being a 5.3...