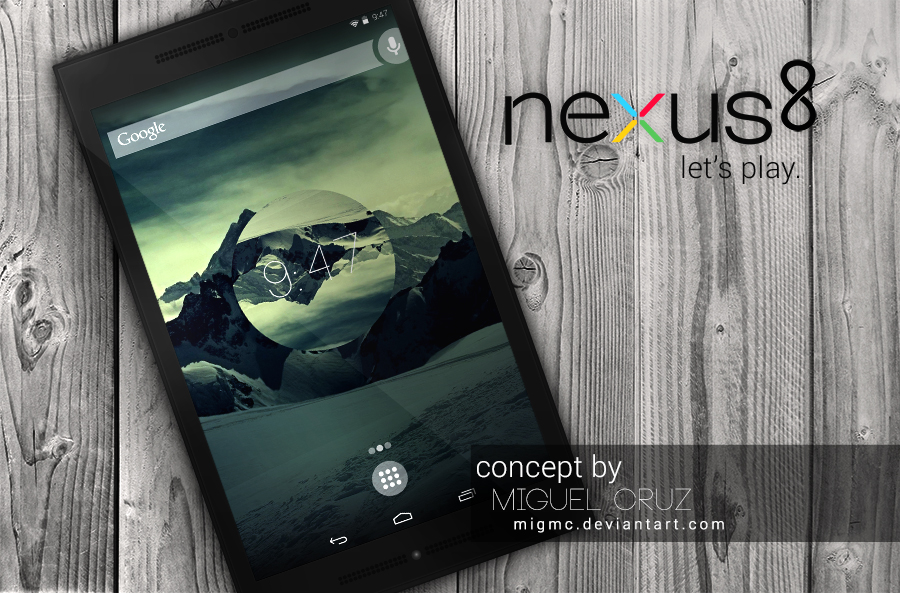 The Nexus 8 has been dormant for a while now, as far as rumors are concerned, but today it’s back in full force, judging by the render below. Miguel Cruz has rendered the slate and included some pretty high end specs in the mix. 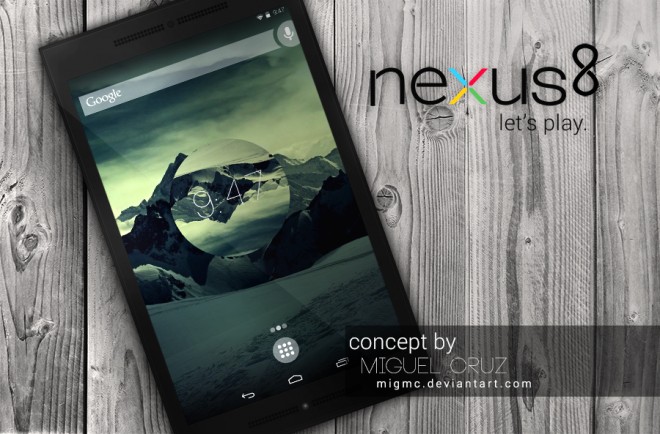 This model is an 8.2 inch slate with a 2K 3D display, but it also has a 4K version. There’s 32/64 GB of storage the 4K unit opts for 128 GB of storage. Inside we find a futuristic Snapdragon 900 octa core CPU clocked at 3.2 GHz and 3 GB of RAM. Other features include 4 Altec Lansing front speakers and up to 5 GB of RAM on the 4K version.

There’s Android 4.7 as the OS, a 6100 mAh battery, a 15 megapixel camera with 4K video capture, as well as an 8 MP front shooter. And the really interesting part here is not even the specs list, but rather the form factor of the device: thicker on the left, slimmer on the right. What do you make of that? 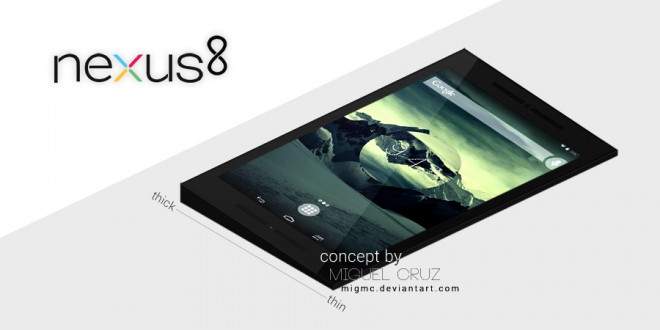 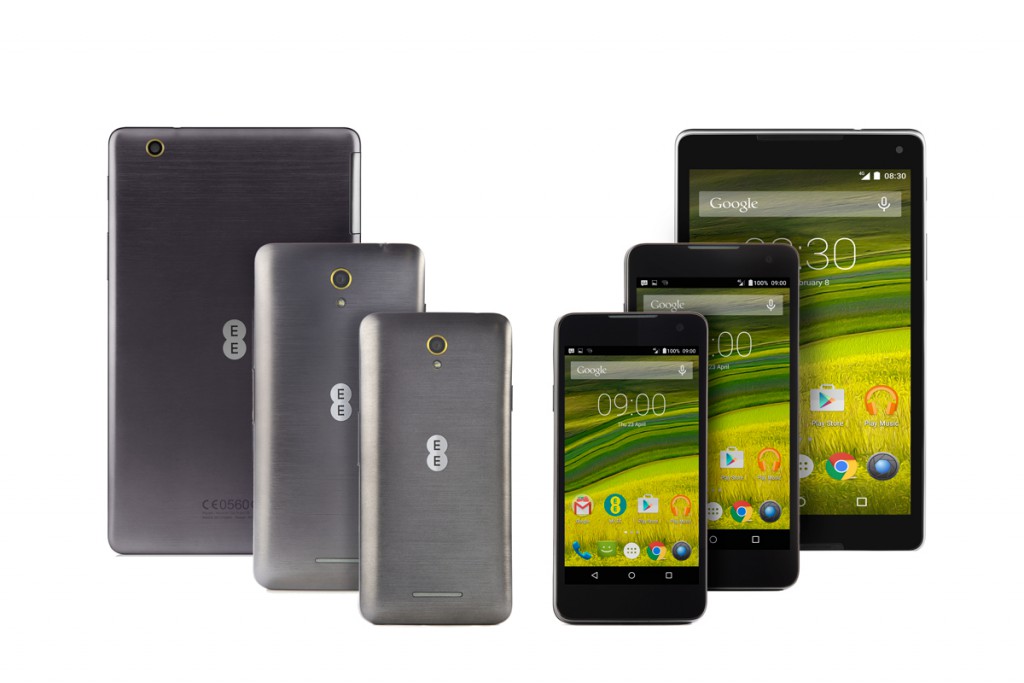