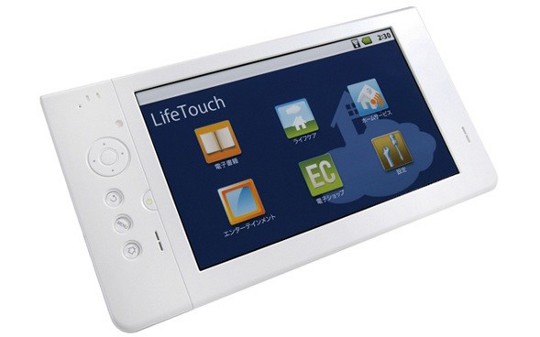 NEC has just announced the launch of the LifeTouch Android tablet, accompanied by a new cloud communicator service. The slate was originally unveiled in June and was showcased at the C&C User Forum & iEXPO 2010 in Tokyo this week. Japanese customers will be able to buy the product this month, for a yet unknown price.

The LifeTouch slate packs a 7 inch pen input display dubbed the “Retina Touch Panel” (most likely unrelated to Apple’s), an ARM Cortex A8 CPU, a 3MP camera and an SD card slot. WiFi and GPS are also on board and the new device runs ANdroid 2.1, in case you’re wondering.

This product will be sold as a corporate communicator, supporting cloud solutions. An optimized UI will get the best out of this gadget.