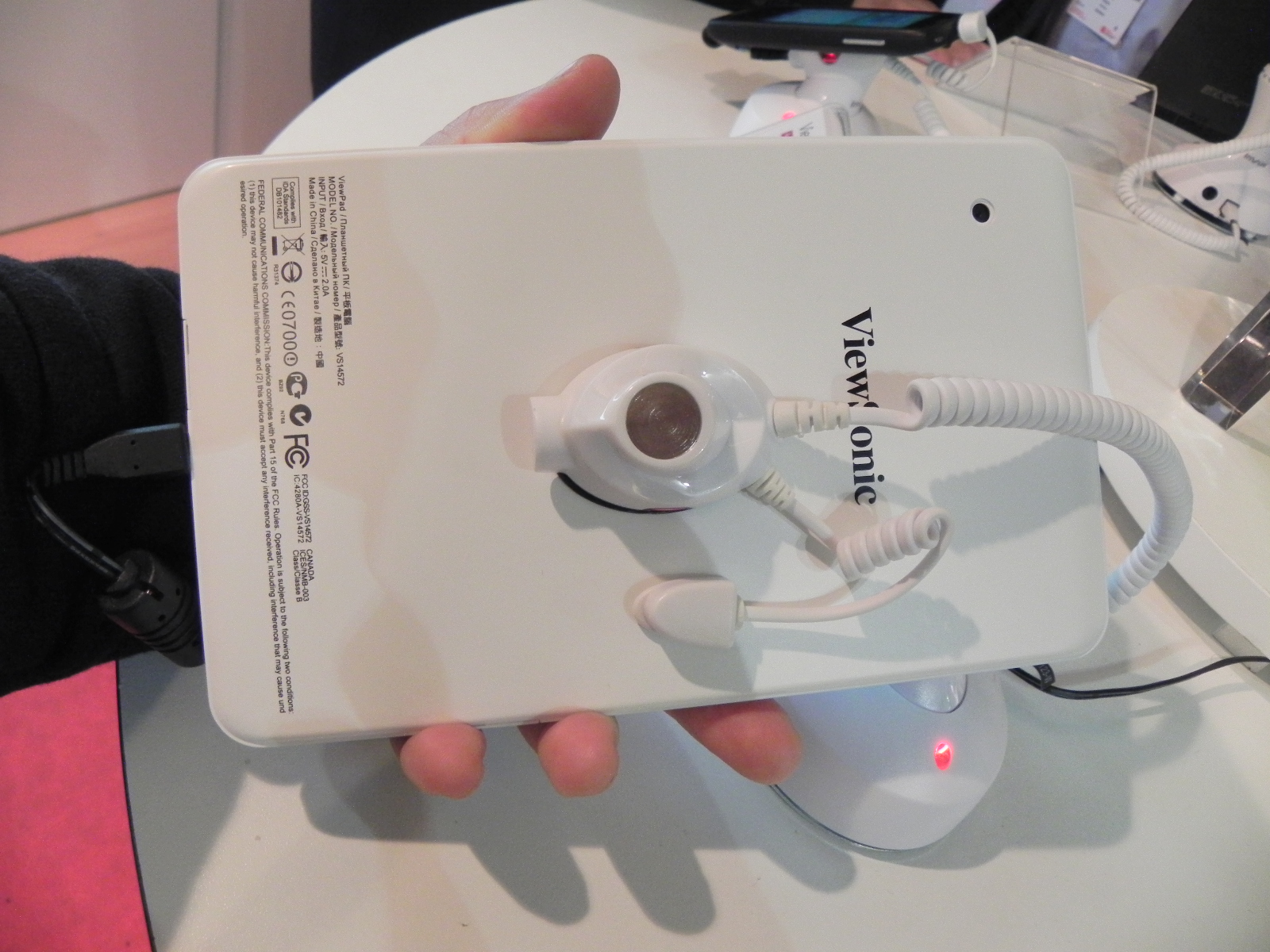 I’m already accustomed to seeing ViewSonic devices at MWC 2012 with 3D interfaces, since that’s sort of a trademark for them. Know that the ViewScene 3D UI is actually based on SPB Shell 3D and it’s found on all new ViewSonic gadgets. ViewSonic ViewPad E70 is the model you can see caught on camera below and detailed in a photo gallery afterwards. 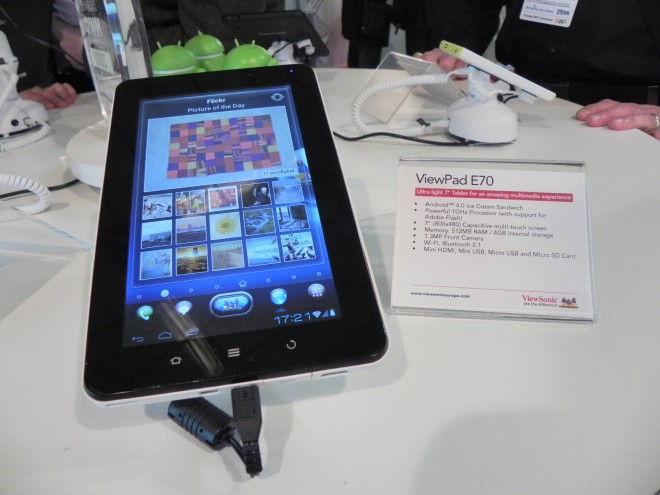 It’s a 7 inch tablet with a modest resolution, it runs Android 4.0 and uses the 3D UI I mentioned with a rotating 3D cube that shows the Home screens. The device will debut in April, according to the ViewSonic people. This is the first time that the product is shown in public and this entry level unit is a mere prototype, so the final version could be a bit tweaked. Here’s the specs list:

ViewSonic ViewPad E70 is priced at 150 euros and the quality of its materials is not that good, I have to mention that. The slate feels like a big piece of plastic, it doesn’t offer 3G connectivity, has too little storage and considering all of these, the price point is logical. This budget tablet could be rebranded and sold by a carrier with an even lower price tag, on contract. Here’s the device in action: