MSI inside sources recently told the folks of DigiTimes that Android will have priority on the company’s upcoming product, the WindPad 100. This slate will also come in a Windows 7 version, that has been delayed for a while. While the WindPad 100 should have been released this Fall, we learn that it’s been postponed and possibly redubbed WindPad 110, possibly getting ready to welcome Android 3.0.

This Gingerbread slate should be delivered in March 2011 and unlike many other tablets, it gets full USB port and HDMI out, instead of the mini versions. We remind you that this is a 10 inch device and maybe the second one confirmed to support Android 3.0. 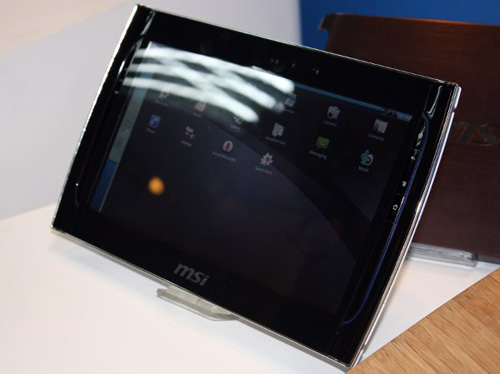