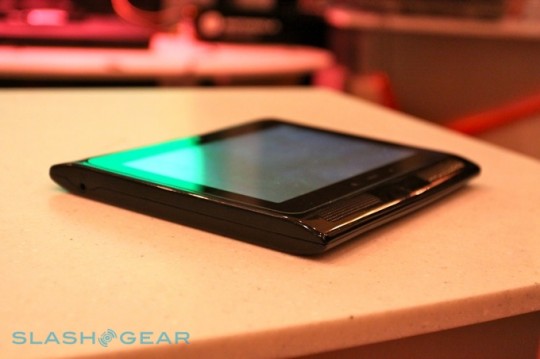 The same source of the BlackBerry tablet-related info, Rodman & Renshaw analyst Ashok Kumar now details a future Motorola slate, that will apparently run Android 3.0. The Street claims that this device will debut in November 2010 and it’ll sport a 10 inch touch display. A couple of months ago, Motorola’s co-CEO, Sanjay Jha talked about slates used as companion devices.

However, Sanjay Jha didn’t talk about any new Moto product and as far as the rumoured tablet is concerned, we’ve heard it might sport the same 1GHz OMAP CPU already used on Droid X and the upcoming Droid 2.

This speculation could fit in with the one that claims Verizon is also ready to deliver a 10 inch tablet, so it might be the same slate in the end.