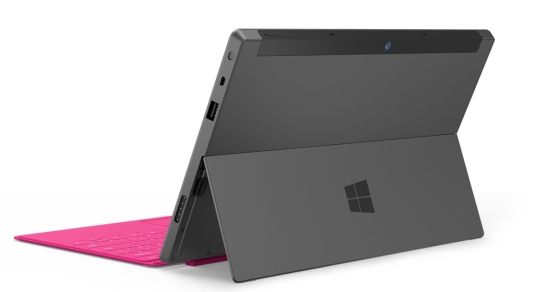 Swedish retailer site Webhallen.com is now listing the Microsoft Surface tablet pricing on its site already. It appears that the pricing will be much higher than we initially thought, placing the product in the premium product line. The cheapest Windows RT version of the device, he ARM one in the 32GB version costs around $1000. You can buy two iPad 2 models for that ad you’ll still be left with some money.

It was previously believed that the Windows RT tablets would be priced relatively close to the existing ARM models. Turns out it won’t be like that and I can’t see people spending $1000 on a Windows 8 tablet, honestly speaking, when the Android slates do such a good job. Right now you can pick up a 32GB iPad with WiFi only for about 479 quid or 579 quid for the 3G version. Comparing that to the 648 quid you pay for the Surface RT version, it’s really not worth it.

Also, the Surface is not 3G capable, so you get a 169 quid price gap from a very good iPad. Sadly, this price makes the Windows Surface equal to a good ultrabook in terms of price and people may actually prefer the ultarbook. And one can’t really expect the Intel-based models with Windows 8 Pro to cost less, obviously… So what’s the real entry price for the Windows RT tablets and why should it appeal to us?