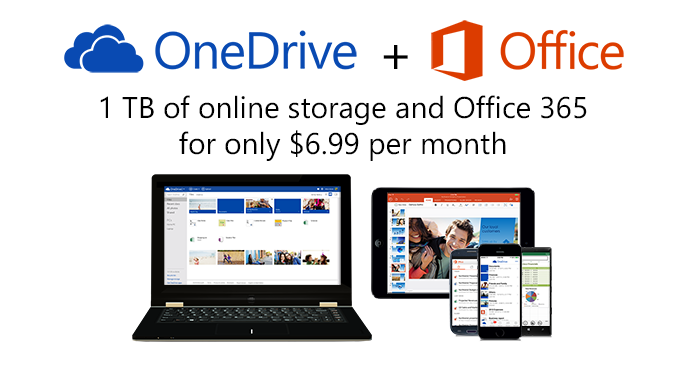 Microsoft upped the ante in the cloud wars, by offering 15 GB of free storage for everyone and 1 TB for Office 365 subscribers. This means they basically doubled cloud storage, like pCloud, for the average user, since till now they’ve been offering 7 GB of space. 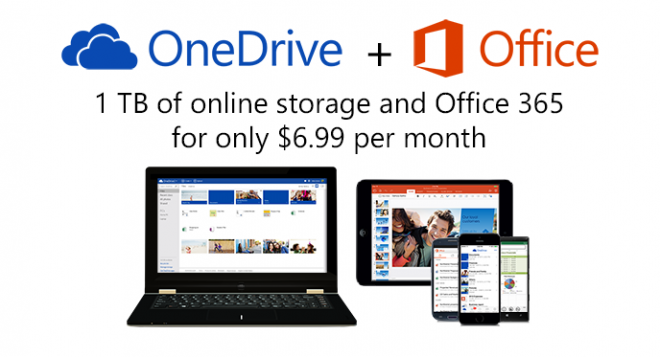 The move comes this week and it’s aimed at rivaling the Google Drive storage. All versions of Office 365, the Microsoft subscription based version of Office will come with 1 TB of OneDrive space. That’s a major increase from the previous 20 GB offering, a huge one actually. Office 365 Home subscribers will get 1 TB per person, up to 5 family members, for $9.99 a month.

Office 365 Personal is priced at $6.99 per month and comes with 1 TB of OneDrive storage for one person. In the meantime 100 GB of OneDrive storage is priced at $1.99 a month, after going down from $7.49 and 200 GB has been reduced to $3.99. These new prices are what probably caused Microsoft to react. Some people already call this a productivity war rather than a cloud war, but seeing how desired Office is on so many platforms, Google doesn’t exactly have a rival for that.