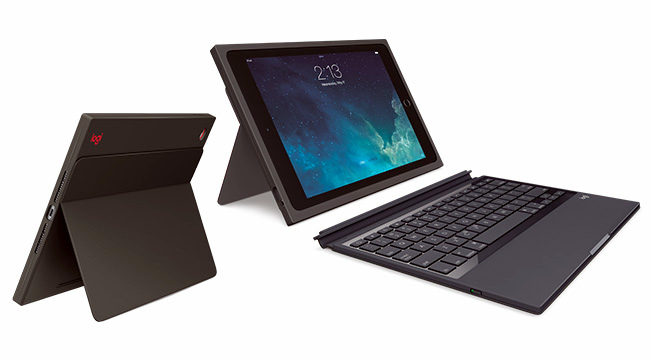 They are all meant for the iPad Air 2 and aim at protecting it from drops up to 6 feet in height and onto surfaces as rough as concrete. There’s an absorbent polymer structure here, that supports and flexes the iPad upon impact. Square corners protect the device’s most dangerous areas and the Logi BLOK Protective Shell also has an iPad Mini version and a screen protector in the mix.

Expect an European debut in August.