LG patented the mother of all smartphones over the past week, going far past the definition of the usual folding phone. The result is a pretty crazy machine, that has a rollable screen, a 3D camera, second display and stylus.

It all came to light on December 20, courtesy of WIPO. LG already had a rollable OLED TV that it showcased at CES 2018, so it was all about miniaturing that device for commercial use. Now the LG ROLED is being put to work on a device that opens up like an ancient scroll, by pulling from the sides to reveal an expandable display. 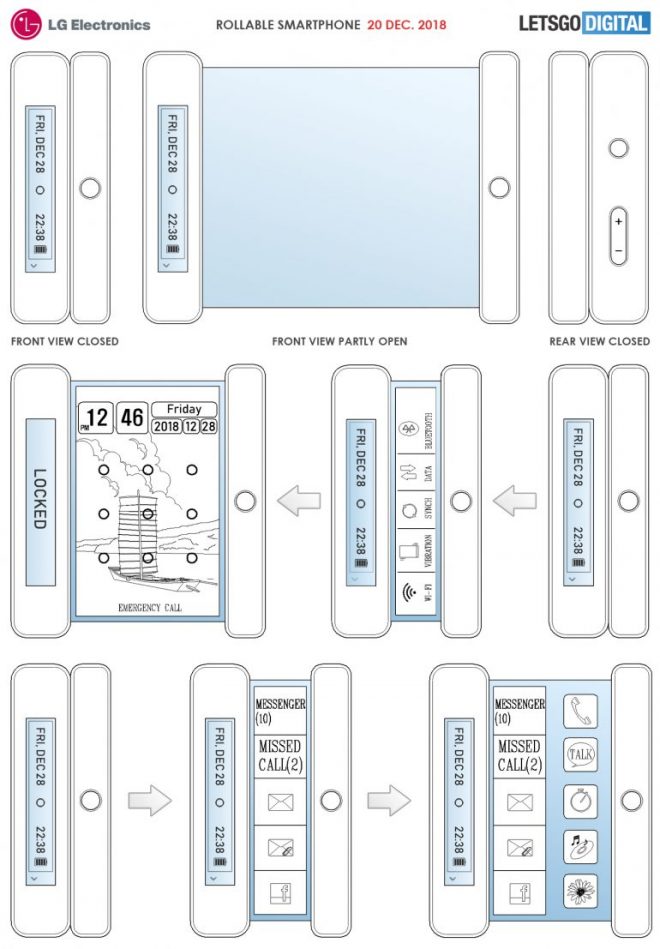 According to the patent things are pretty complex here and the rollable screen is the least of your concern. There’s a secondary screen on the left side of the device, which shows useful stuff like date, time and notifications. The stylus is integrated in some hidden slot and we also have a mechanical control element on the right side, like an iPod navigational mechanism. 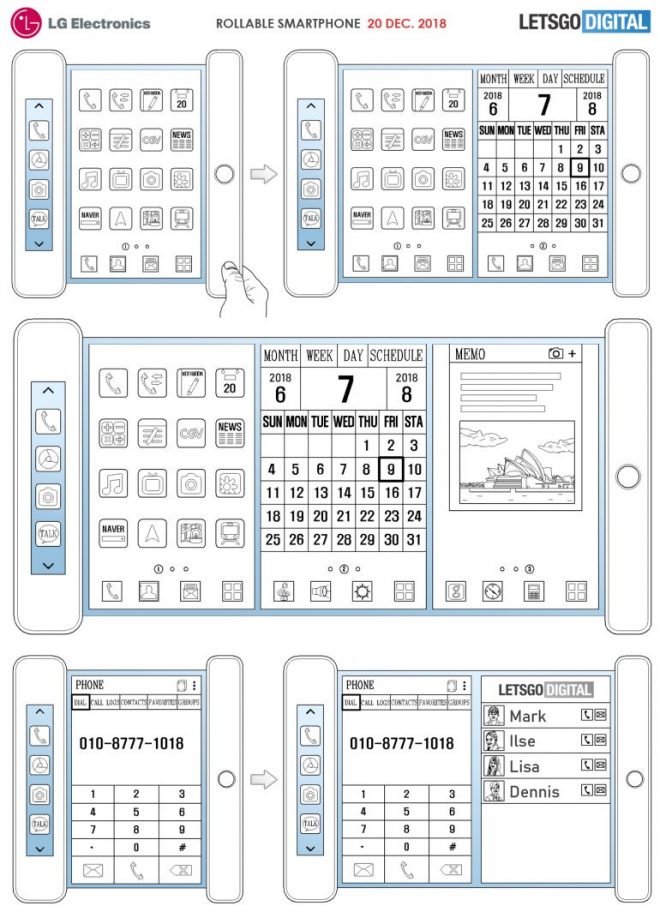 We’ve also got a fingerprint scanner embedded into a button from the back of the left housing. LG has included multiple cameras here, ones that are able to take 3D shots stereoscopically. 3D audio is also a thing and the audio output module is placed under the display. The content shown on the screens varies with use scenarios.

You can use split screen options, display parts of interface, assign multiple user accounts to the portions and use a fully horizontal UI. One can also provide usage scenarios for two users: one to the left side and one to the right. CES 2019 will surely bring us devices like these, a plurality of them even.

T-Mobile G-Slate Available on eBay Earlier Than Expected, Priced at $800