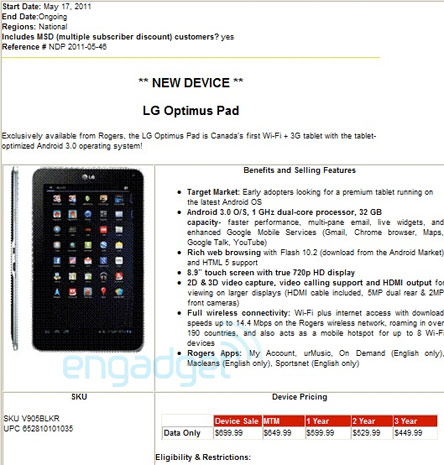 The 3D tablet LG Optimus Pad will debut on Canadian carrier Rogers on May 17th, it seems. The device is already available in Europe and the screenshot below is the source of the info concerning the North American debut of the product.

Rogers will exclusively carry this Honeycomb tablet, that in the United States is sold as the T-Mobile G-Slate. In Canada, the price is $700 (starting price), but with a data plan you’ll reach from $450 with a 3 year contract to $650 on a month to month contract. You can also pay $600 for a one year deal, or $530 for two years of commitment associated to the device.

We remind you that this is a 8.9 inch touch slate we’re talking about, one that supports 3D video capture and HDMI output. 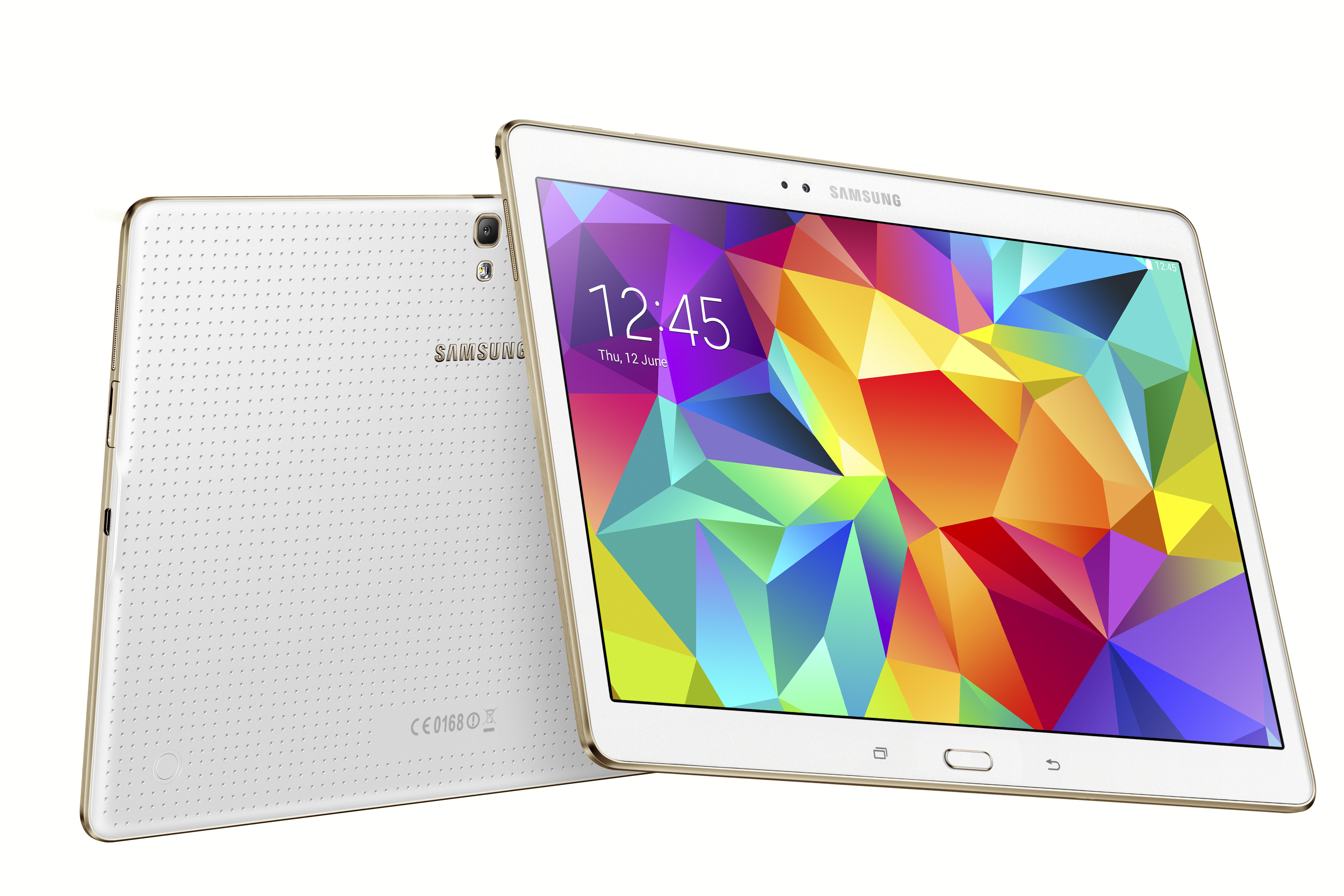