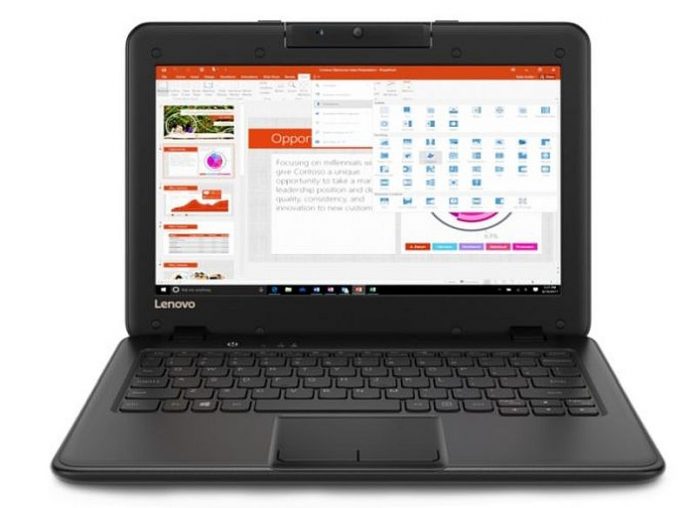 Lenovo wasn’t content with unveiling a ton of new laptops and tablets at CES 2018, so they continue the launches. This time they’re bringing forth a series of laptops and convertibles aimed at the education market, schools and colleges. Prices start at $189 and of the core models of the series is the Lenovo 100e, pictured above.

The entry level unit Lenovo 100e packs an Intel Celeron N3350 Apollo Lake CPU, plus an 11.6 inch display and a battery that offers 10 hours of functioning. The device runs on Windows and it’s supposed to be some sort of rival for Chromebooks, especially judging by the specs. The other new Lenovo models are actually Chromebooks, so this is one of the few units with Windows 10. 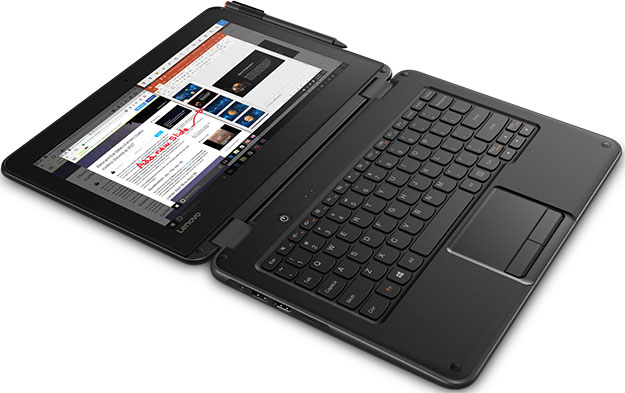 Lenovo 300e brings forth an 11.6 inch convertible format and offers a 720p resolution. It has two configs: one with Chrome OS and one with Windows. The Windows model relies on an Intel Apollo Lake processor and also comes with a stylus and has 8 hours of battery life. The Chrome OS model has a MediaTek MT8173C processor and a battery good enough for 10 hours of functioning. 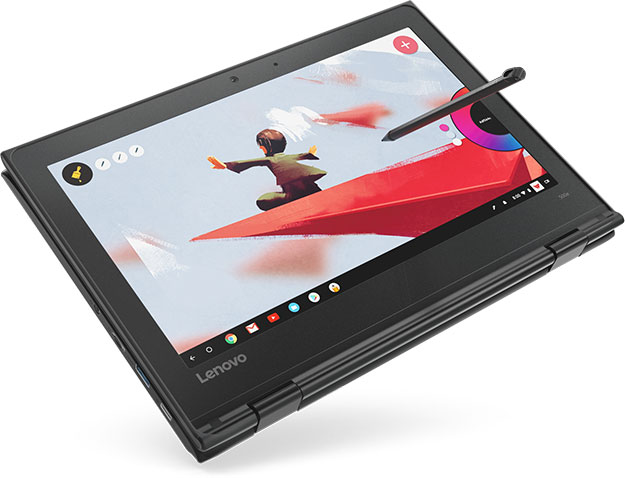 There’s no stylus here, in case you were wondering and the prices start at $279. An extra newcomer is an 11.6 inch convertible Chromebook, that comes with a pen, up to 8 GB of RAM and up to 64 GB of storage. It also has a battery that offers up to 10 hours of functioning and an Intel Celeron N3450 Apollo Lake chipset. This one is called Lenovo 500e. Lenovo also performed updates to the ThinkPad 11e and ThinkPad 11e Yoga models, with a new $429 laptop and a $499 convertible, that ship with Windows 10 and pen support.

All the new Chromebooks have been tested for ruggedness and come with spill resistant keyboards. 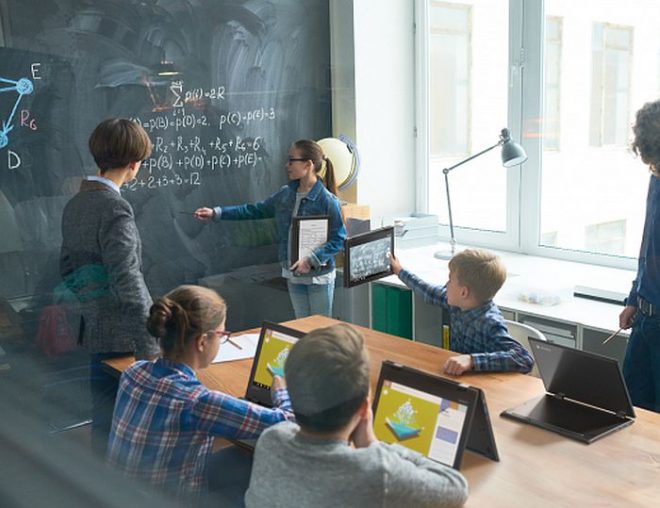 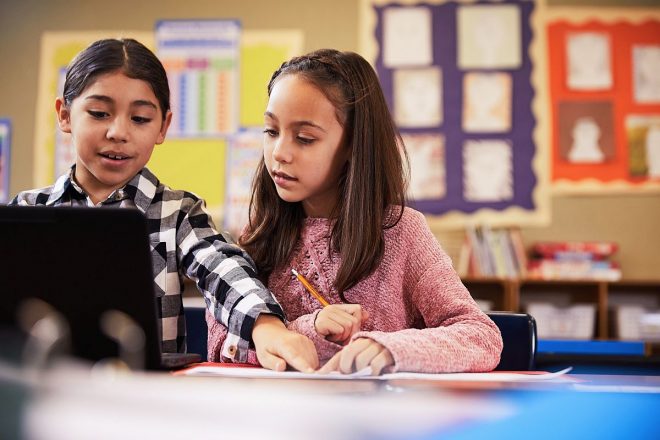