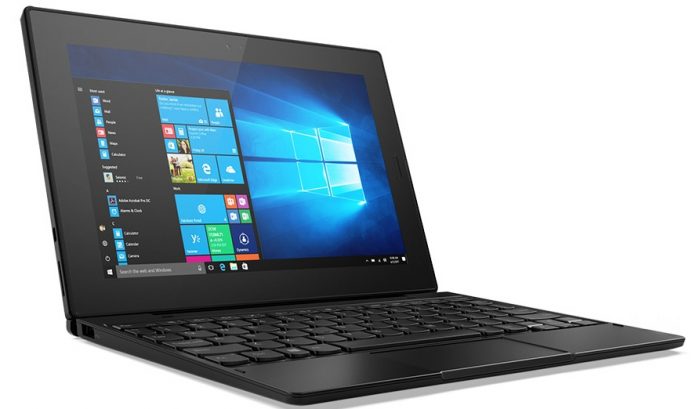 The Lenovo Tablet 10 is a device you may not have heard of, but it’s actually worth your time. The product is a 2 in 1 machine, that just debuted and it’s up for sale for a mere $449. It’s got a Gemini Lake CPU and a 10.1 inch display.

It also comes with a detachable keyboard and support for pen input, which means you use it as both a tablet and a notebook. Inside there’s an Intel Gemini Lake processor and this is a low power device meant for a long battery life rather than high end performance. The Lenovo Tablet 10 was actually unveiled at CES 2018 in January, but it only was detailed in April and arrived now, so that’s a big delay. 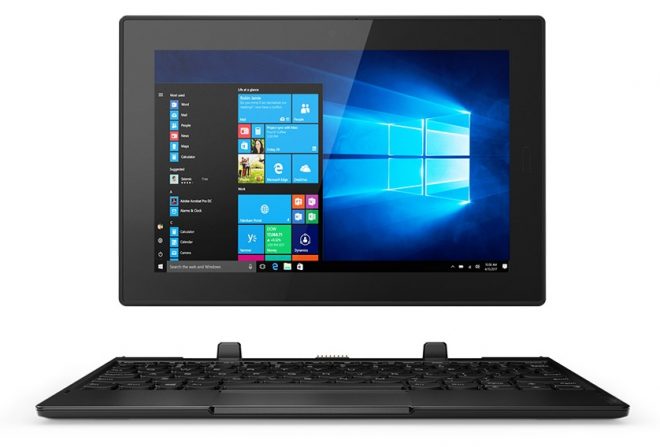 It doesn’t look shabby and I feel it’s superior to some Chromebooks and the rest of the Celeron and Pentium crowd, at least as far as looks go. It has a 1920 x 1200 pixel resolution and relies on an Intel Celeron N4100 quad core CPU, plus 4 GB of RAM and 64 GB of eMMC storage. There’s also a 39 Wh battery in the mix, WiFi ac and Bluetooth 4.1. On the connectivity front, we’ve got USB Type-C, USB Type-A, HDMI and audio jack. 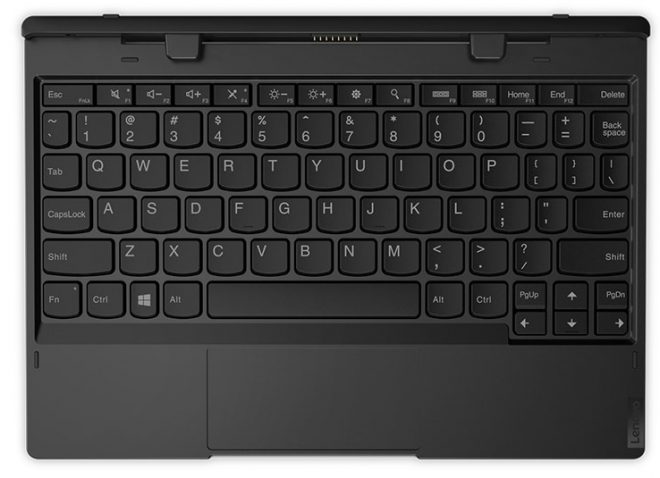 Stereo 1W speakers will provide some acoustics and there’s also a fingerprint scanner and a 5 MP back camera, plus a 2 MP front shooter. It weighs around 1.5 pounds and measures 10.3 inch x 7 inch x 0.4 inch. Lenovo could start selling 4G LTE versions of the device soon and some with NFC, up to 8 GB of RAM and up to 128 GB of storage. For now it’s just WiFi and $449 in USA. 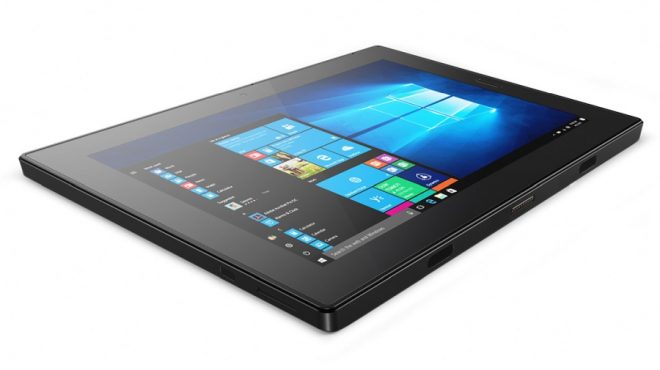