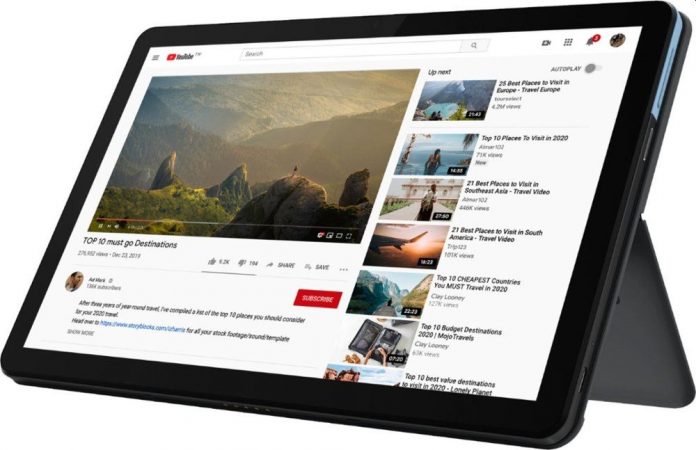 Lenovo Chromebook Duet was unveiled at CES 2020 in January this year and it has finally become available for purchase at Best Buy, for $300. The device is a 10.1 inch tablet, a 2 in 1 device actually, which runs on Chrome OS and could also be seen as “sort of a Chromebook”.

The $300 price tag applies for the 4 GB RAM, 128 GB storage version of the product, but there’s also a 4 GB RAM, 64 GB version coming at $280. Lenovo Chromebook Duet is quite cheap and sounds like a good alternative to the entry level iPads and Surface Go models, particularly in the education field. Of course, Chrome OS is not as versatile as those two other platforms. We do get all the benefits of the Android and Linux apps, plus native Chrome OS apps. 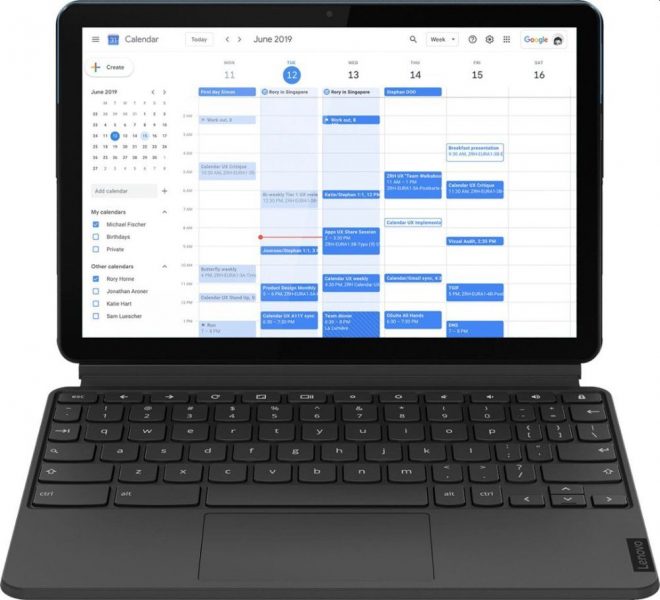 Chromebook Duet should also offer stylus input, via an optional USI pen, that’s sold separately. The device measures 0.3 inches in thickness and weighs about a pound. With the keyboard its thickness and weight are doubled. The screen is a 10.1 inch IPS LCD with a 1920 x 1200 pixel resolution and inside the device we find a MediaTek Helio P60T processor, plus 4 GB of LPDDR4X RAM and 128 GB of storage. There’s an 8 megapixel back camera and 2 MP front shooter.

On the connectivity front we’ve got an USB Type-C port and a 5 point pogo pin connector. Stereo speakers and WiFi 5, as well as Bluetooth 5.0 are here. We don’t get an audio jack, but we do get an USB-C to 3.5 mm audio adapter. Sadly, there’s no SD card reader to expand storage.

Lenovo Teases Qualcomm Snapdragon 870 Tablet With Android On Board