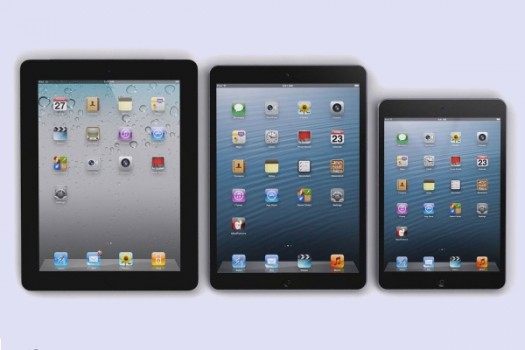 Famous analyst Mingchi Kuo from KGI Securities is making some last minute predictions for Apple’s event on Tuesday. As you know, Apple has a big conference scheduled for Tuesday, meant to unveil its new iPads and probably a few other products as well.

Mingchi Kuo believes that we’ll see the Retina iPad Mini taking off officially and an iPad 5 as well, but the latter without Touch ID. The analyst believes that the new iPad Mini will be a bit heavier because of the Retina Display upgrade. Its resolution enhancement has been in the works for a year now, so the results are expected to be stunning.

By the way, the expert is saying that inside the new tablet we’ll find the powerful A7 CPU that we had on the iPhone 5s. Meanwhile, the iPad 5 will be slimmed down to 7.5 mm, made 500 grams light and be based on a brand new Apple A7X 64 bit CPU. It will lack TouchID because of the high component demand apparently, also caused by high iPhone 5s demand. Finally, Kuo expects Apple to also unveil a new MacBook Pro with a new CPU, the Intel Haswell.