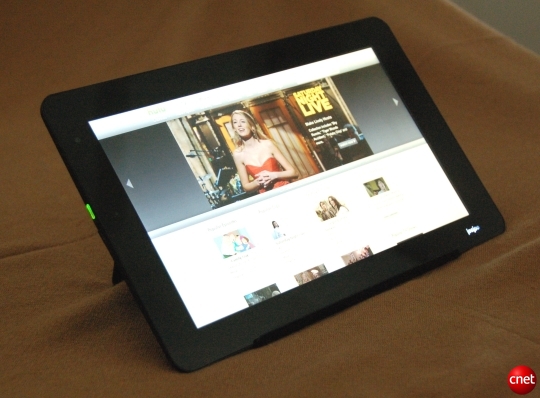 In an interesting twist of events, we’ve found out that the Crunchpad is very much alive and it’ll now be known as JooJoo. The device was showcased to the journalists of CNET, who played with it during Fusion Garage’s CEO Chandra Rathakrishnan’s San Francisco media tour. The conclusion of the reviewers was that this is a very cool tablet, but the $499 price tag might be too much for it.

JooJoo is a web slate with a 12.1 inch touchscreen display (capacitive), supporting a 1366×768 pixel resolution and also packing a camera, a mic, speakers, a single USB port and a card slot. 4GB of cache memory are also on board, while the processor is still a mystery that will probably be revealed in a couple of days or so 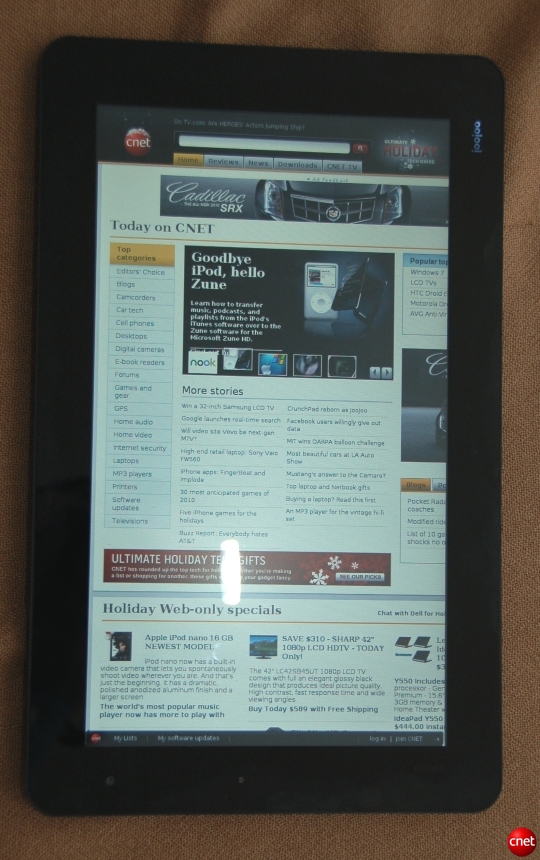 The device is very slim, even thinner than the MacBook Air and has a nice feel to it, while the plastic back is gently curved. JooJoo runs a Linux-based OS, uses a Webkit-based browser with support for Flash, but without non-Web apps (no Skype). Booting the JooJoo only takes 9 seconds and it seems that the tablet is centred around its browser and web features.

WiFi loads the pages reasonably and scrolling through them is done by dragging the finger on the screen. Also, a pinch/zoom gesture will lead you back to the home screen. Expect the device to be fully reviewed this month and shipped in 8 to 10 weeks. The question is: will you spend $500 for it? 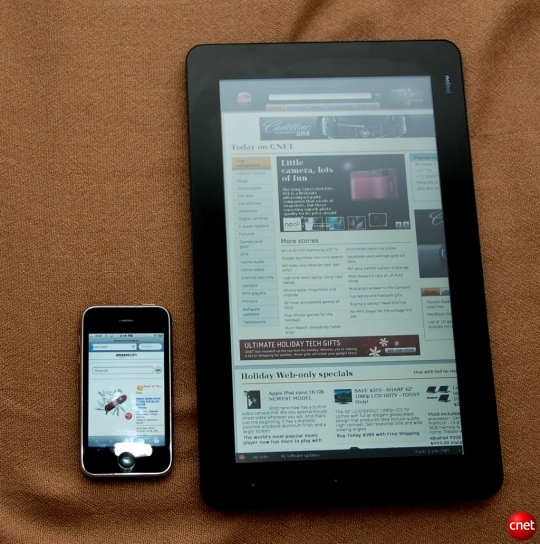