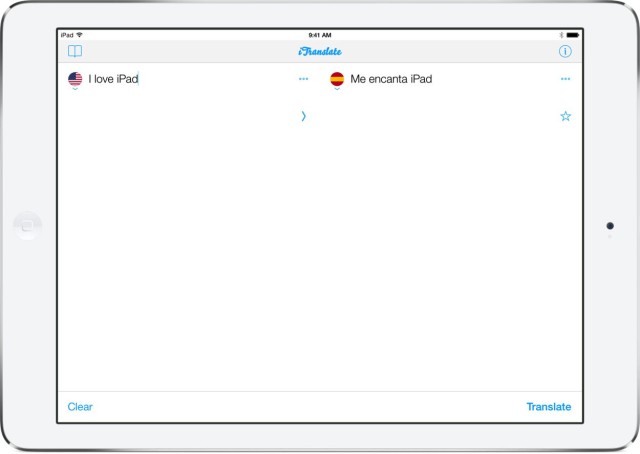 If you still fancy the S Translator app on the Samsung Galaxy S4 and Galaxy Note 3, prepare for a nice alternative. I’m talking about the iTranslate app, available now in an iPad version, that follows the iPhone one that was so successful till now.

SonicoMobile is behind this product and you should know that iTranslate was recently updated big time for use on iOS 7. We get a clean design and text to speech technical translations for over 70 languages. Intuitive gestures are included here, stuff like swiping in from the outside or right/left to start voice recognition.

The app is available for free from here, but there’s also the option of in app purchases to remove ads, unlock Siri voice recognition and more. iTranslate will include dictionaries for many languages and even offers you the ability to suggest translations. A cool feature is romanization that turns typical characters from a language into Latin characters.