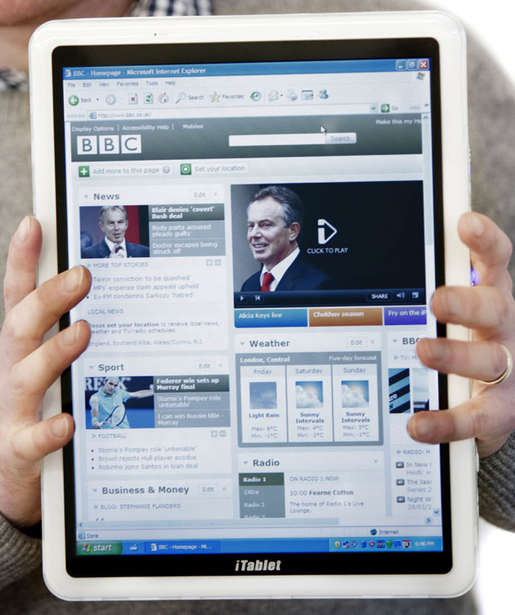 While many thought at first that Apple’s tablet will be called the iTablet, the device was announced as the iPad. However, the iTablet is not dead yet and it’s a tablet made by UK company X2 Computing and quite a promising device to be honest. You can see it in the image below and know that it’s scheduled to ship in April 2010.

The iTablet comes with a 10.2 inch widescreen TFT display or a 12.1 inch widescreen XGA, with a 1024 x 768 pixels resolution, both touchscreens. Multitouch is said to be optional, whatever that means and we learn that the device’s specs list also includes a 1.6 GHz processor, up to 250GB of HDD space and built-in stereo speakers.

Three USB ports will also do the job and there’s also WiFi support among the features, as well as Bluetooth, HDMI output and a 1.3 megapixel webcam, plus 3G support. The tablet will be available in white, grey, pink, blue, red and many more colours for a yet unmentioned price.