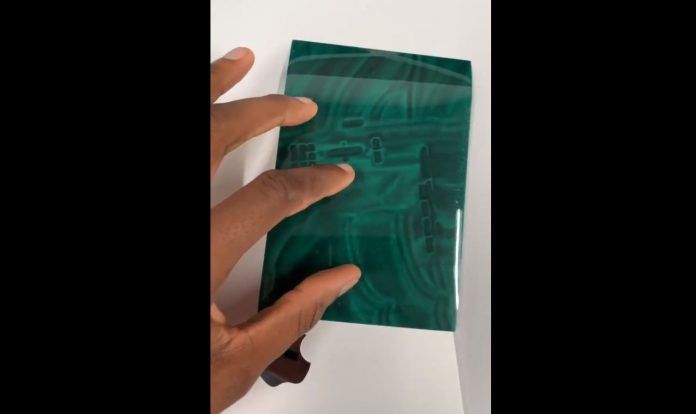 We’ve been writing about the large number of magnets in the new iPad Pro (2018) for a while now, but today we have two new developments. People have started playing with this feature, taking it to a whole new level. There are two instances below.

No less than 102 small magnets are inside and their purpose is to let you hook up accessories, like the Apple Pencil or stick the tablet to the Smart Keyboard Folio. People have been playing with the device and had it adhere to the fridge door. People may also be wondering how the magnets are distributed inside the Apple next gen tablet. Well, Marques Brownlee used a special magnet paper and found out (video below).

I see that the bulk of them are placed closer to the sides and to the corners. This magnetic field viewing paper is able to show like a sort of X Ray the placement of the magnets inside. You can visualize their magnetic fields using micro encapsulated film, which is also called field paper. It also can cause some confusion, sometimes showing speakers as magnets.

Most of them are gathered in the four corners of the iPad Pro. There’s a whole new meme and challenge, with people trying to stick the iPad Pro (2018) to as many things as possible. There’s always some risk of damage and I have to admit this is the world’s most powerful PC that’s also magnetized. I can’t help but wonder how storage is affected by that.

Apple gets a new patent for a curved flex display