The difference between the two shells of the Minis is the mirrored silver Apple logo on the back of the new generation Mini. That’s also similar to the mirrored finish spotted on iPad 5 prototypes, so it kind of makes sense. The white and silver iPad Mini come with a black Apple logo currently, although I’ve seen mirrored finishes on some iPad Mini 1 units before, to be honest.

As far as size goes, the iPad Mini measures 20 cm in height, while the fifth gen iPad measures 24 cm, so the two are not that hugely different in size. The iPad 5 is said to adopt the design of the Mini, with rounded shell, narrower bezels and no more sloped design, plus smaller speakers. The question of the launch remains unanswered, as most analysts have a feeling we may get an iPad event that’s separate from the one on September 10th. 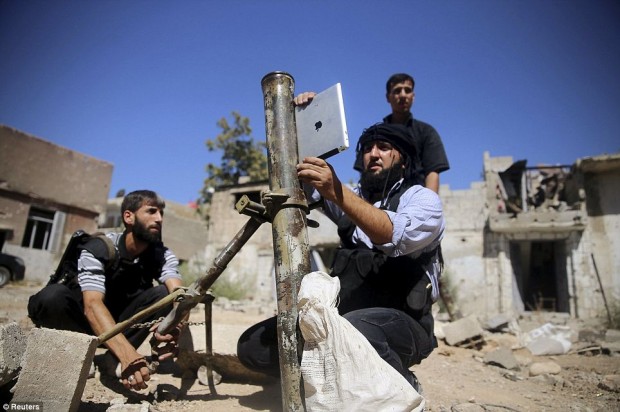 iPad Used in Syria to Adjust Firing Angle for Mortar