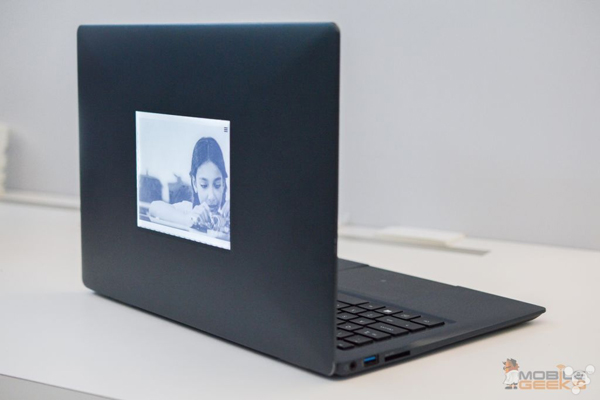 This year at the IDF (Intel Developer Forum), Intel demoed a notebook concept that comes with two display panels. While the big one is a standard LCD, the second one found is using the E-Ink technology. Through such a feature, we’ll be able to read a novel or display pictures on it without opening the notebook.

We find out that this notebook runs Windows 8.1 operating system and that its display supports touch input. As you may now, in the smartphone world there’s such a device called Yota Phone, a smartphone developed by a Russian company that now it’s getting ready for the commercial launch of the Yota Phone 2. 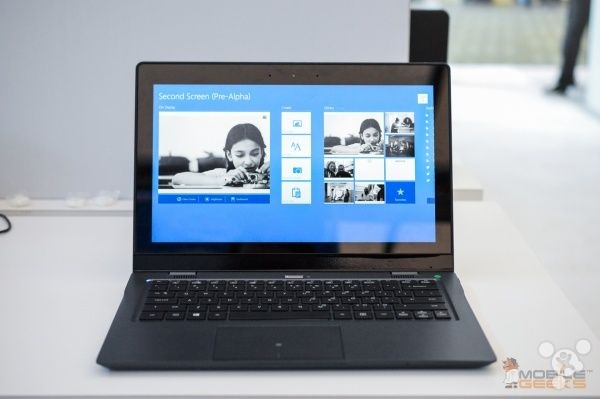 Taylor Courier, a researcher at Intel, said that this display will display all the pictures stored on the hard disk, and to show ePub files. Among other features, we’ll be able to see how’s the weather or notifications without opening the notebook. Also, this E-Ink display will also be turned on even when the device is sleep mode. Could we see such a technology on a tablet in the future? 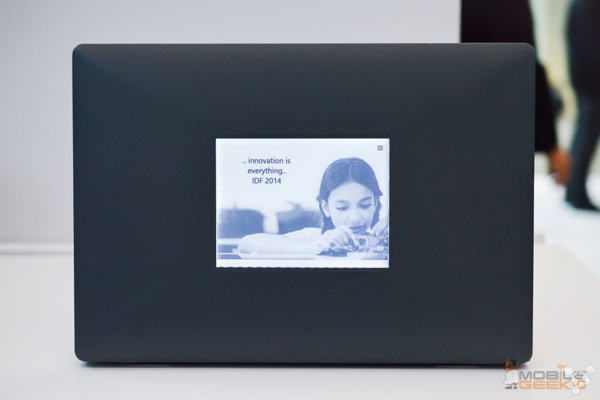