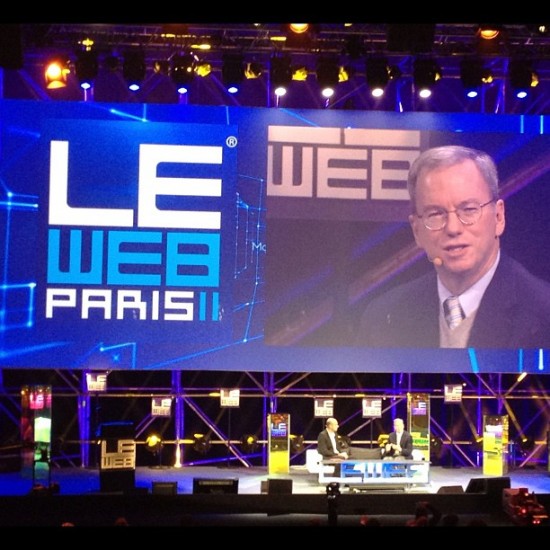 Google’s Eric Schmidt was on stage at the LeWeb 2011 event in Paris and he didn’t hesitate to give us a taste of Android 4.0’s tablet features, while talking about Google’s plans. Hugo Barra, Android’s product management director was also present and used a Motorola Xoom unit to demo these features.

The demo of the Android 4.0 functions on the tablet takes place in the first 15 minutes of the video below, so be patient with it! Meanwhile, I have to admit that the entire hour of speech is interesting, approaching topics such as the Motorola-Google relationship and cars without drivers. As far as the Ice Cream Sandwich experience is concerned, we’re shown widgets, Google+ integration and some other redesigns.

There’s also a small demo of the indoors navigation on Google Maps, in the latest version released. Of course, the Samsung Galaxy Nexus is also used in the demo, so you get to see in action in the hands of the experts: