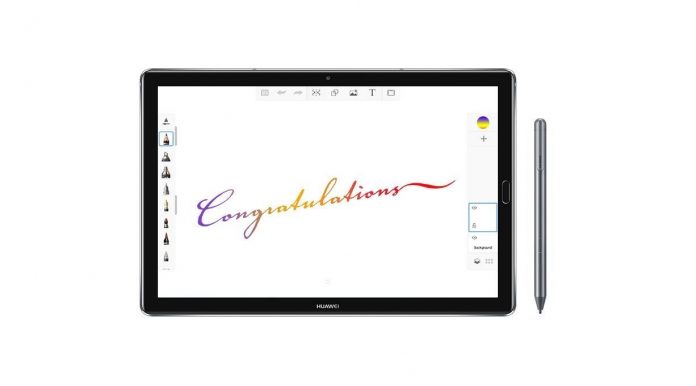 Huawei didn’t bring any new tablet at MWC 2019, focusing on the foldable Mate X, but they may still be prepping some new MediaPads. A recent rumor leaked via XDA points to a new MediaPad M5 Pro tablet.

The leaks include code that points to a Kirin 970 processor. The source also found a bunch of hardware specs attached to the codename “CMR2” and associated to the MediaPad M5 Pro. We could also see the device as the MediaPad M5 Pro (2019) and the presence of the Kirin 970 inside, which was available on the Huawei P20 Pro means that the device will be quite the powerhouse.

The current version of the slate a Kirin 960 CPU, so the evolution is only logical. The newcomer codenamed “CMR2” is said to have a 10.7 inch TFT LCD display with a resolution of 2560 x 1600 pixels. At the back side there’s a 13 megapixel shooter based on a Sony IMX258 sensor or the Omnivision OV13855. The Huawei MediaPad M5 Pro was launched in February 2018, so it’s high time for a successor.

Don’t be surprised if there’s also a new MediaPad T5 model. I also expect that at least one new model will have quad speakers and maybe even stylus support. A 4G LTE version is also in the cards.