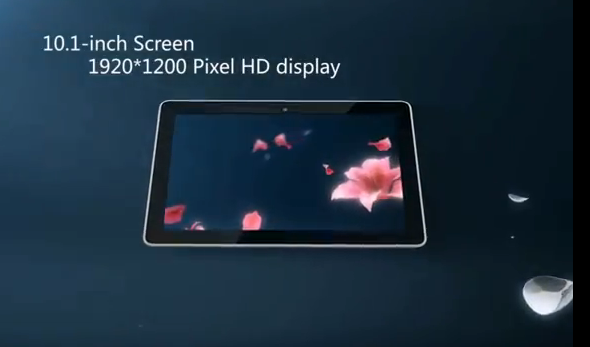 People don’t throw around words like “majestic” nowadays, but that’s exactly what the promo clip for the Huawei MediaPad 10 FHD tablet below deserves. It’s elegant, calm, relaxing, concise and has a great soundtrack. It’s not focused on family or emotion like Samsung or ASUS ads, or focused on business like the HP ones, it’s just features, that apparently also include a keyboard dock, which I didn’t know.

To be honest there were times during the clip when the tablet reminded me of the Samsung Galaxy Tab 10.1, as far as design goes. As you know, Huawei is set on becoming a household name in the Western world, after being a huge company in Asia and ruling the Chinese market. It has started a local campaign that focuses on awareness regarding its brand in USA and now we have this clip, promoting their quad core tablet with a 10 inch display and quad core K3V2 1.5 GHz processor.

The device should be launched in August, as we said here and hopefully there won’t be any delays. The product should cost less than $500, which is a tad expensive compared to what’s expected from Huawei, that like ZTE usually launches cheaper devices. This tablet runs Android 4.0 ICS, supports a 1920 x 1200 pixel resolution and is under 9mm thick, also looking pretty elegant.

Samsung Galaxy Note 8.0 is now official, just a bit Ahead...