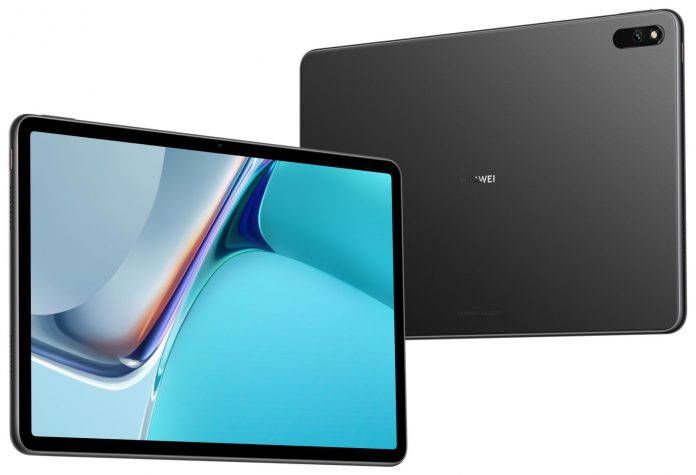 Today Huawei unveiled both its final version of HarmonyOS, but also new pieces of hardware: watches, tablets and more. We’ve covered the Huawei MatePad Pro 10.8 and 12.6 here and this piece focuses on the Huawei MatePad 11. It feels like a more high midrange offering, rather than a flagship.

Instead of the Kirin 9000E or Snapdragon 870 of the Pro models, this device opts for a Qualcomm Snapdragon 865, the CPU of the flagship phones launched in the first part of 2020. The screen is an IPS LCD with a 10.95 inch diagonal and with a resolution of 2560 x 1600 pixels. It also has a 120 Hz refresh rate and we get quad speakers with Harman/Kardon sound tuning, as well as 4 microphones. If you’re impressed by this, know that the Pro models have 8 speakers each. We can also find a microSD card slot here, a 13 MP back camera and 8 MP selfie shooter.

On the connectivity front there’s WiFi 6, Bluetooth 5.1, GPS and an USB-C port. HarmonyOS 2.0 is focused on multitasking, screen mirroring on tablets and also it comes with a dock bar, big widgets and mouse compatibility. There’s in app function bars on the side.

Inside we also find 6 GB of RAM and 128 GB of storage, plus a 7250 mAh battery with 22.5W fast charging. The tablet is compatible with the new M-Pencil stylus and has its very own smart keyboard. It’ll be priced at 399 euros in Europe, which should be $400 to $450 in other parts of the world.