We saw the HTC One Max leaked a few days ago, showing us a strange glassy area at the back, below the camera. Speculations immediately appeared concerning a possible fingerprint scanner integrated into the phablet and now we have proof about that. 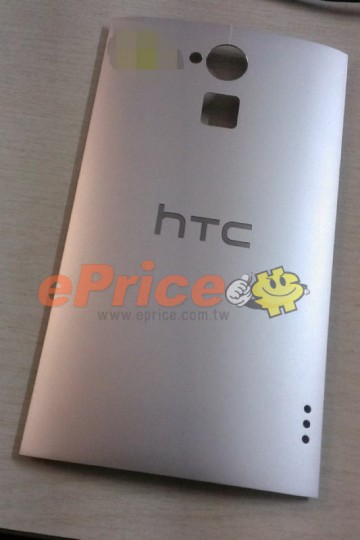 The pictures here were published by Chinese language site ePrice and we’ve got a cutout for a fingerprint scanner. Then comes the image below, showing an interesting option in the dropdown notification area. We’ve got what looks like a fingerprint symbol, so this pretty much clears it. With the iPhone 5S also rumored to integrate such a feature, but with a mechanism hidden under the Home button, HTC would be ahead of Apple if they launched their phablet with such a scanner.

These pics are said to be of a production model One Max for China Unicom. It also appears that the fingerprint scanner will only be coming to select markets, which is bad news, if you really wanted the feature. We’ll learn more at IFA 2013 next week, I’m sure!