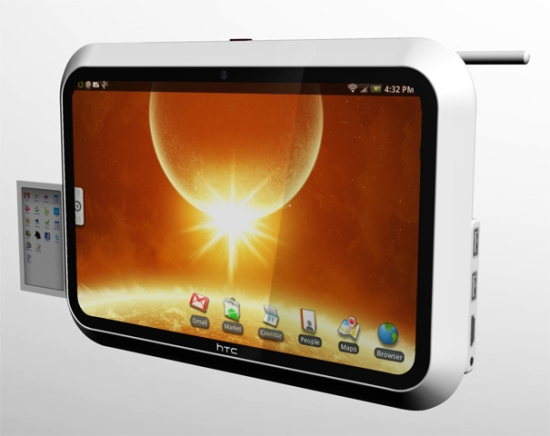 Since HTC doesn’t seem to join the gang of tablet-producing companies, we might as well feast on the shots of the HTC Evolve device pictured below. This is a concept tablet created by Timur Pinar, one that runs Android OS, bundles a stylus and incorporates an OLED touchscreen display.

As you can see, there are pre-programmable buttons on the side, for extra features and in case you’re wondering, HTC Evolve’s specs list includes an Intel Atom CPU, 128GB SSD memory, 1.5GB RAM, a customized version of Android and the ability to run Chrome OS.

The HTC tablet also comes with 2 USB 3.0 ports, a HDMI port, a 3.5mm audio jack, a camera, microphone (in the front bezel) and support video conferencing. Better than the Apple Tablet? What do you say? 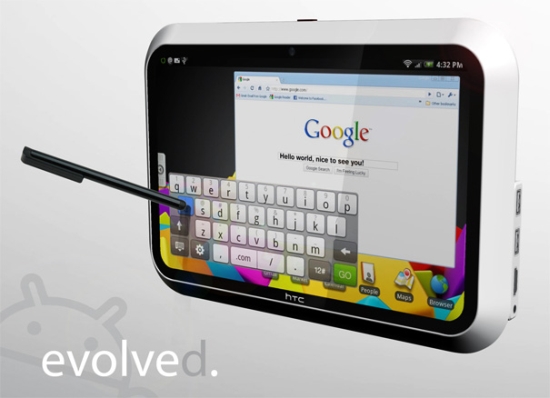 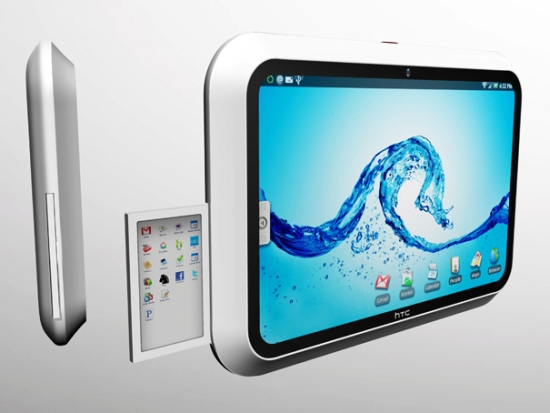 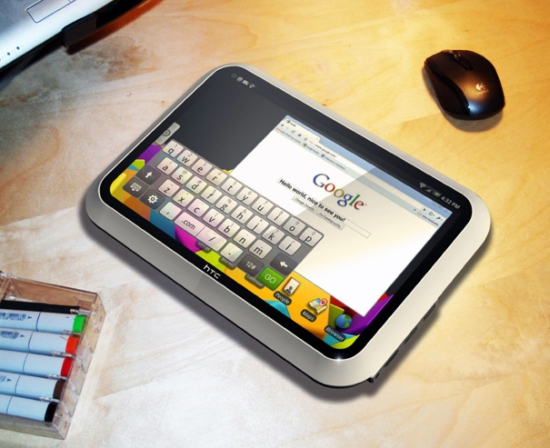