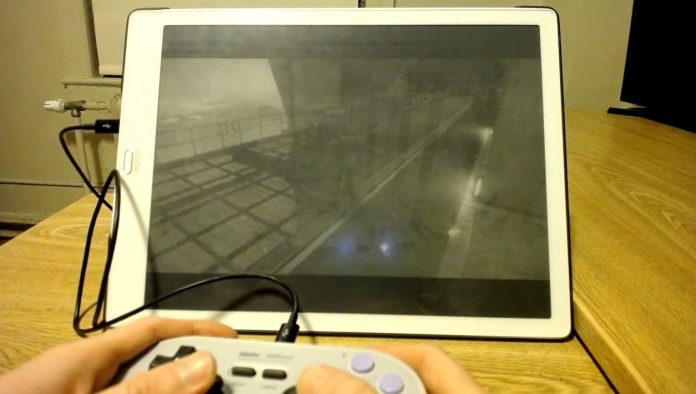 We’ve heard of unusual software running on an e-book reader, but this tops them all. Apparently a Danish student managed to get Google Stadia to work on an e-reader and even played Destiny 2 on the device. The proof is in the video below.

The student managed to get Stadia to run on an e-reader it appears that the WiFi connection was the key to the smooth gameplay. The video was found by Vice and shows Destiny 2, arguably one of the most popular shooters over the past years being played on an Onyx Book Max 3 via Google Stadia. Danish student Sebastian Orsted managed to get the whole thing going without having too much trouble with it.

Usually E-Ink screens have very low refresh rates, too low to even watch videos, let alone play video games. Luckily the Book Max 3 has the advantage of a special “X Mode”, which boosts the refresh rate of the display in order to watch video. Also, the unit runs on Android, which with minor tinkering can work with Google Stadia. As far as we know the Google gaming streaming service only works on Pixel phones, but it’s expanding to other devices in the near future.

Orsted estimates that the lag when playing on the e-reader is somewhere between 500 and 1000 milliseconds. It’s not a major achievement for a gamer, but it’s pretty solid for an e-reader. It’s all just proof of concept and it’s not exactly useful for the average Joe. This one more proof that the secret is in the WiFi connection, not the hardware specs of the device you’re running Stadia on. At the end of the vid the gameplay fails, but that’s because the school’s WiFi dropped, not any other cause.