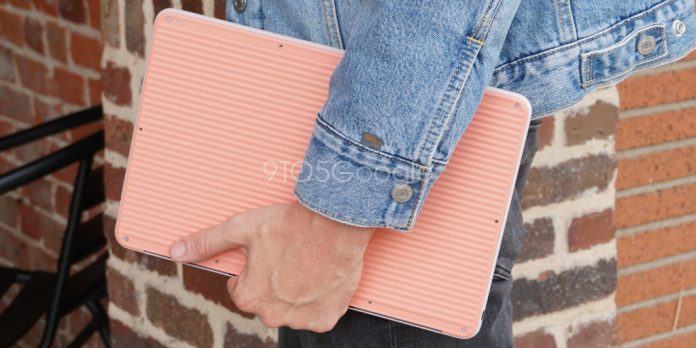 Next week is debut time for the last big flagship phone of the year, Google Pixel 4, but Google will also launch a few other hardware products. Among them we find the Google PixelBook Go, a Chrome OS laptop, that has just leaked big time, courtesy of 9to5Google.

The device was previously leaked, but not in so much detail. The source has hands on photos, a hands on video, first hand impressions and more. The device comes in a few youthful hues, including a sort of pink and yellow. The device has an original bottom case, that makes it feel very ribbed in texture. The coral hue fits with the Not Pink approach of the Pixel 3. 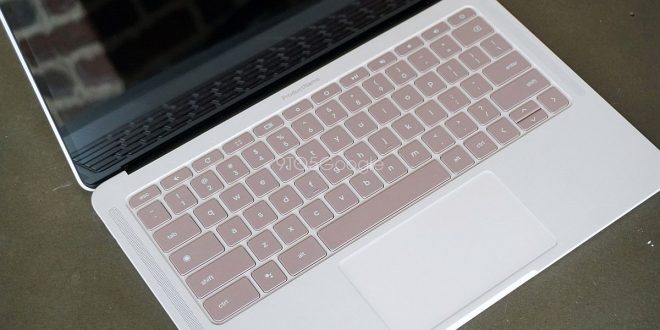 The device has a smooth and matte finish and just so you know we’re dealing with a prototype here, not the finalized product. There’s an USB-C port on the left side and an audio jack has also been included. We’ve got a charging LED on th eleft side, while the right side hosts another USB-C port. Once the lid is open you’re greeted by a huge trackpad, a 2 megapixel webcam and a two far field microphones, not forgetting the 13.3 inch Full HD Screen. 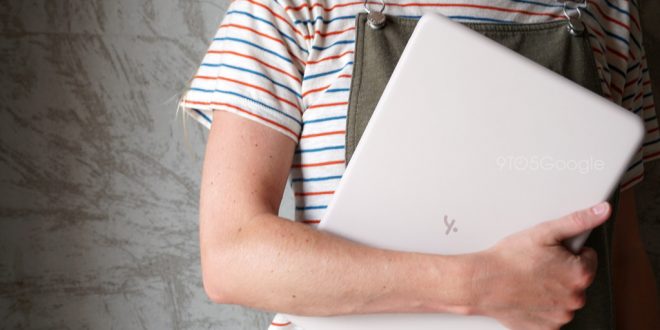 The keyboard is said to be as comfy as the one from the first Pixelbook and we also get a pair of front facing speakers. Apparently, they sound even better than those from the 2016 MacBook. The trackpad didn’t get much praise, but it’s apparently responsive enough to be worth a mention. By the way, the keyboard has a special Google Assistant button on the left side and the Home button is where the Caps Lock key would be. 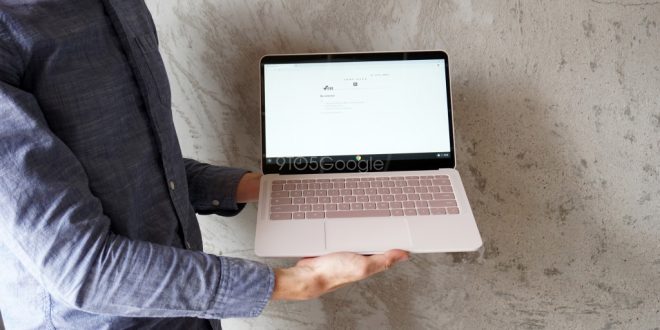 Configs will include a Core m3, i5 or i7 CPU and between 8 and 16 GB of RAM. There’s up to 256 GB of storage and a 16:9 aspect on a screen that’s offered in Full HD or 4K options. You should definitely read the whole thing here for more impressions, but so far so good I’d say. Google’s event takes place on October 15th in New York.