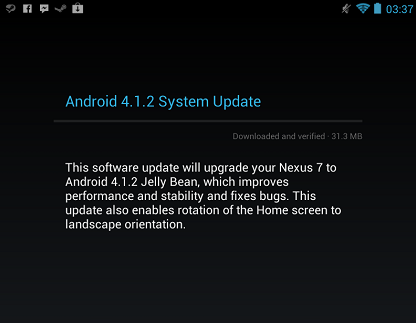 Just hours ago, the Android 4.1.2 update began trickling out via OTA. It was rolled out to the likes of Nexus 7, Galaxy Nexus and Motorola Xoom. On the Nexus 7 this update finally brings landscape mode use on the home screen. The software package only takes up 31.3 MB and has the build number JZO54K.

Android 4.1.2 was pushed to the AOSP for developers and I bet that some custom built ROMs will come out of that, so you’ll get the OS on other devices as well. We don’t have a clear idea of what this minor update brings, aside from landscape orientation and the usual bug fixes, stability and performance enhancements. If you’re a Nexus 7 owner, you need to get your tablet charger up over 50% and check periodically for the update.

Expect the Motorola Xoom to also get the update soon and the Galaxy Nexus as well. From what I hear on various forums, the roll out of the software is very slow this time, so be patient! The release of Android 4.1.2 is yet another hint that Jelly Bean will have us stuck at Android 4.1.x and the next big release will be Android 4.2. 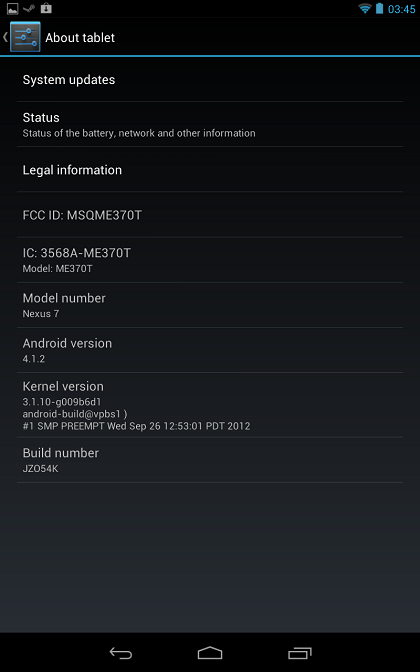