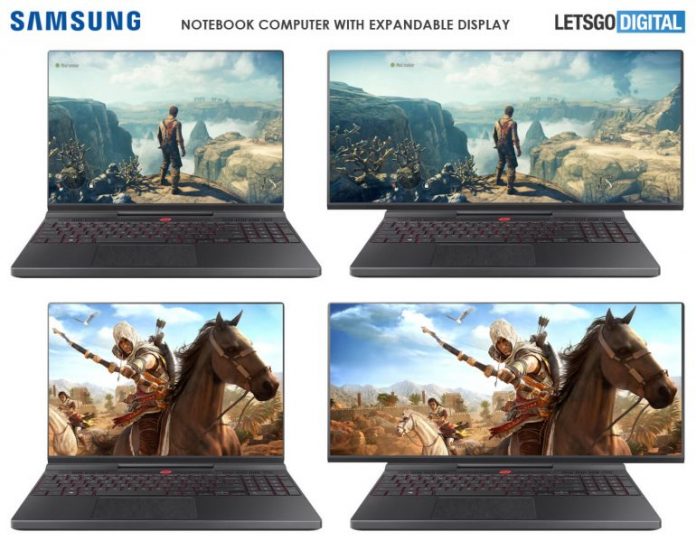 We’ve shown you a few patents for foldable devices, but now it’s time to check out a laptop inspired by those devices. It’s a future gaming laptop, that may possess an unfolding screen, according to a patent. It’s supposed to be made by Samsung and it’s been rendered by Letsgodigital.

We’ve seen rollable TV sets, foldable phones and tablets, but a gaming laptop of the sort is a first, I guess. The idea is to expand the viewing space from a regular screen to an ultra wide one. The design patent dates from back in December 19 2018 and it was published by the KIPO (Korean Intellectual Property Office) on June 3rd 2019. There are 14 sketches included here, related to a special notebook computer. 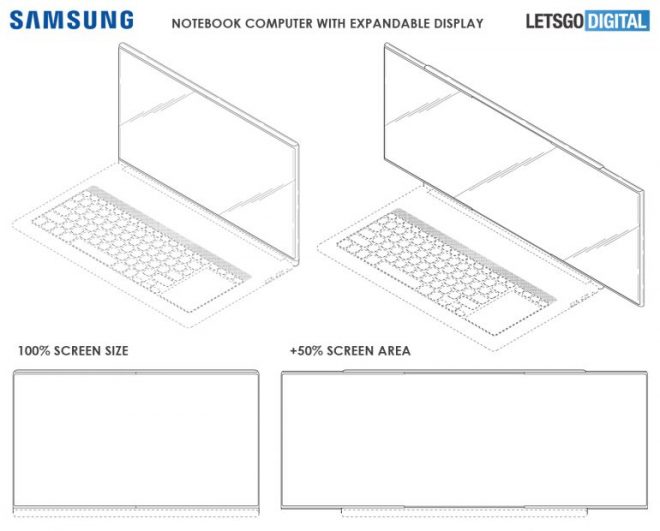 The first 7 patent sketches show a nornal notebook, a 16:9 machine, but then the screen expands and turns the machine into an ultra wide device. Sources say it’s even wider than 21:9, but also narrower than the super ultra wide 32:9. We can’t tell which mechanism is used for expansion, either a rollable part, a flexible or foldable piece, or something else.

We know that the display is 50% wider than in its most compact format. The metal frame is said to move along to the sides, to the display remains protected against bumps. Lenovo also has a foldable laptop, but with a much more different approach. It has one single pliable screen, which also doubles as the keyboard. Samsung’s gaming approach, may actually combine their solid ultrawide monitors with their first gaming laptops.

The problem is that Samsung has a tendency to curve monitors of the ultra wide variety, so a straight one is a change for them.