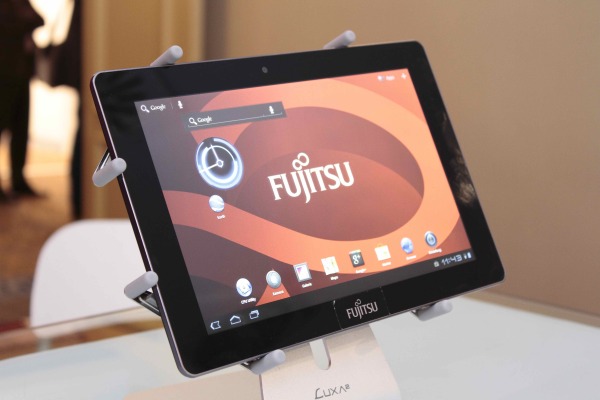 Android 4.0 slates have been all over the news for the past months and now here’s another model, this one made by Fujitsu. Meet the Fujitsu Stylistic M532, a 10.1 inch device with Android 4.0 on board and a 1280 x800 pixel resolution. This slate employs a Gorilla Glass-protected screen and also has a soft grip back.

These are all standard features, but at least the slate is thin, at 8.6 mm and it’s also pretty light, at 560 grams. Under the hood there’s a quad core Nvidia Tegra 3 processor at 1.4 GHz, 1GB of DDR3 RAM and 16/32GB of internal memory, as well as a microSD card slot. At the back we find an 8 megapixel camera, while upfront there’s a 2MP shooter, most likely for video calls. WiFi, mini USB, HDMI out and 9.5 hours of battery round up the specs list.

Some say this can be seen as a direct rival to the ASUS Transformer Prime and the iPad 3, but I wouldn’t go that far. Fujitsu markets this product as a business tablet and it does that by bundling it with Norton Tablet Security and Absolute CompuTrace, so you can lock it in case you lose it. There’s also full disk encryption and support for Citrix, VMWare and Microsoft Virtual Desktop, straight out of the box. Through the latter tools, you will also get remote access to your work system. 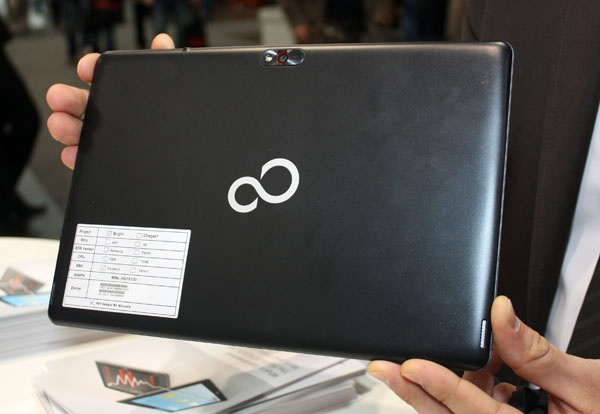 And finally we have a hands on experience here courtesy of Notebook Italia: