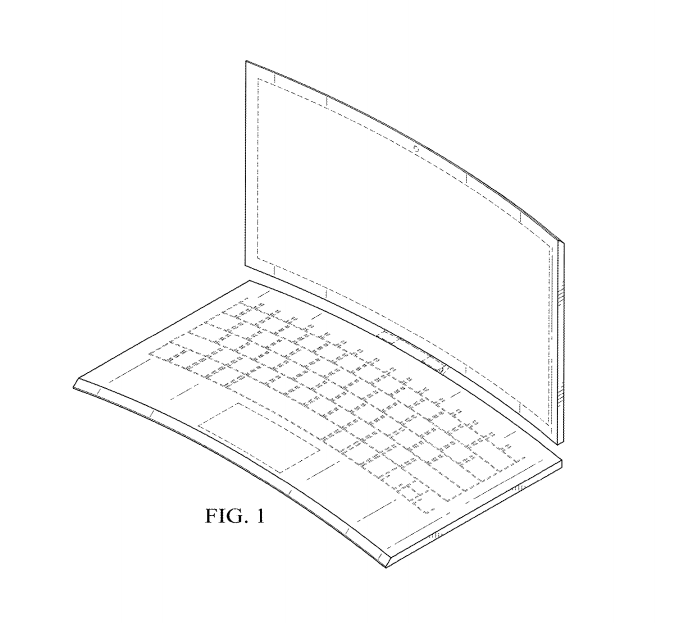 There’s a fresh patent in town, one related to Intel this time, that’s working or co-working on a 2 in 1 laptop. It’s no regular machine, as it seems to be curved judging by the images. The Intel patent envisions a sort of 2 in 1 laptop, that features a curved display. It’s not exactly an old patent, since it dates from back in November and mentions an “electronic device with detachable curved display”. 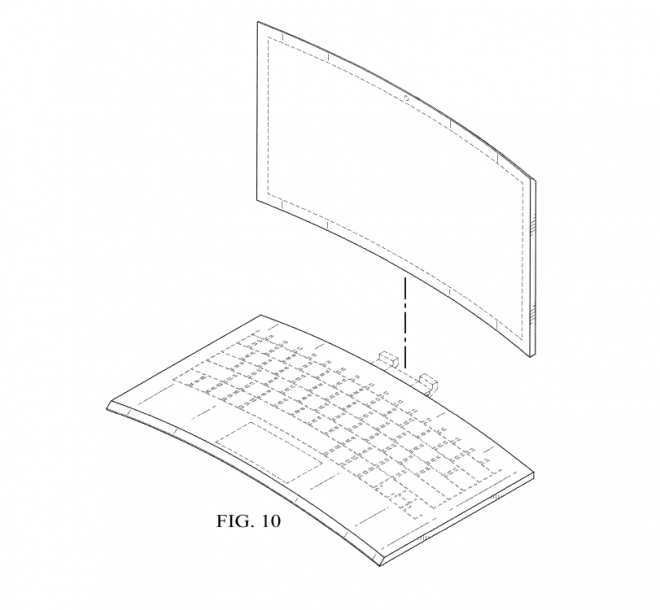 To me this looks like a gaming rig of sorts and its curved format is more for show than functionality. To make a comparison, it’s exactly the way Samsung tackled the “curved phone” trend with the Galaxy Round. They went out and curved a phone on a vertical axis and that’s it. On flat surfaces this laptop would be plain weird and I can envision a few scenarios in which it would fall from my lap on a plane or bus. 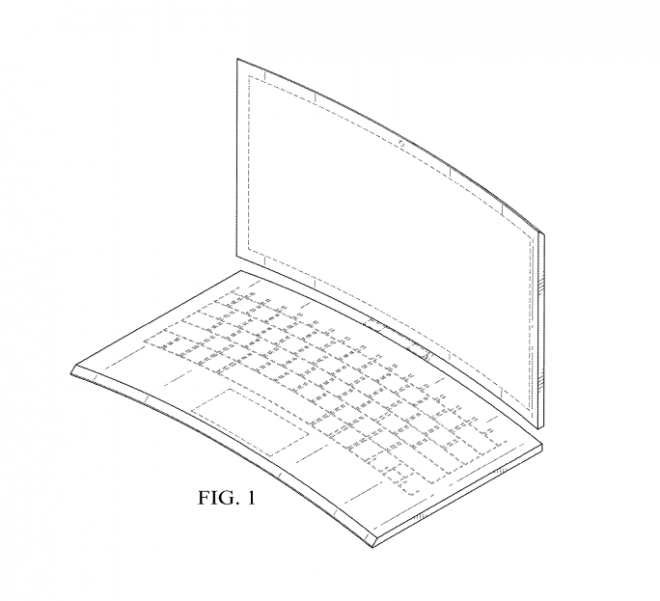 However, one use for it is to fit better around the silhouette of a person when being used close to the body. Intel’s involvement in this is interesting, since they haven’t been very active in the detachable segment since the Atom series got canned, but they’ve got the Core m series to rely on now, plus the Intel Core i, that also got to some higher end convertibles.

I’ll call it here and now: gaming device! If it’s able to flex or not we don’t know yet, but I have a feeling that some parts of it will. 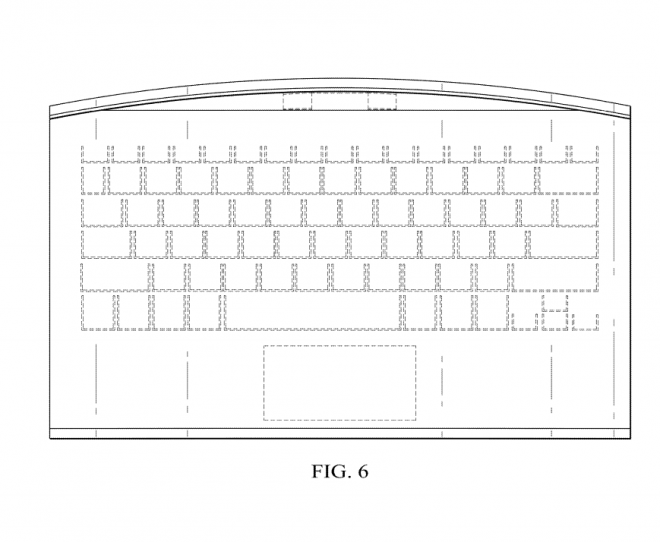