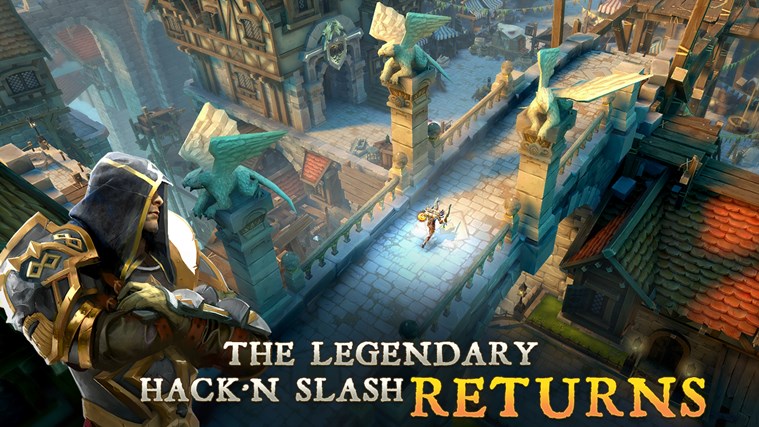 Dungeon Hunter 5 was launched quite a few months ago, but I never quite got to play it, aside from one or two levels on my iPad. Now I tried the game again, this time playing it on the ASUS Transformer Book T100 Chi. This is a free title, that you can find in the Windows Store, by the way. 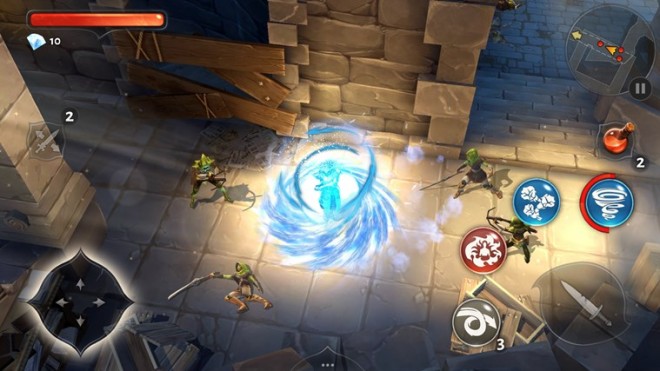 We’re dealing with an action RPG, launched by Gameloft and this title requires the Internet connection to be always on, as far as I know. You can level up your player, fuse equipment and deal with elementals. The story is very light here and I didn’t exactly know what I was getting into. I have to hand it to Gameloft though, the banter of the characters is pretty funny. You can get loot while playing, break vases and boxes and get coins too.

Those will be used to buy items and new gear for your character. Speaking of which, once you start playing you won’t have to choose a character class, but rather a weapon, that determines the type of character you’re using. As far as controls go, you will use a virtual thumbstick to move the character and press attack buttons and special attack buttons placed on the right side of the screen. 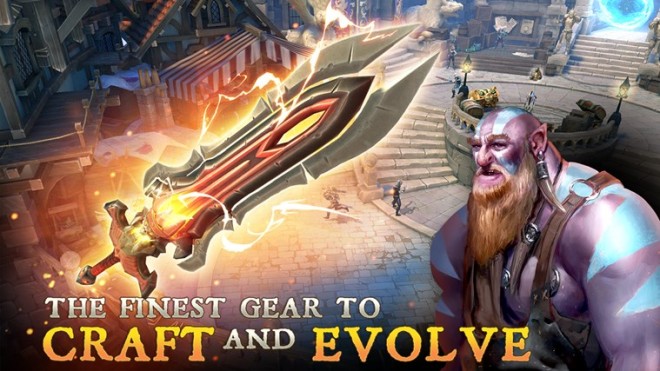 This is not an open world game like Dungeon Hunter 4, but rather one split into levels. You will go from dungeon to dungeon and replay them all with varied difficulties. Your characters will use a main weapon, like staff, spear, sword or crossbow, as well as a secondary weapon, like a sword. Just like a typical freemium, this game includes an energy system, but that didn’t affect my play very much, since it’s pretty generous.

We’ve got a chat in the main city where you regroup and missions will be done with the aid of a sidekick, that will be picked from a list. Aside from the Campaign mode, there’s also a Stronghold, which allows you to face other players and their minions. You can place your own minions in your stronghold, so they’ll fight other real players. 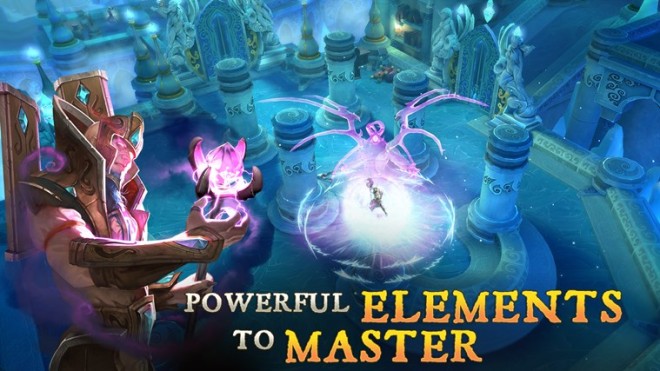 The game is fun to play, but the graphics didn’t quite impress me, especially compared to the looks of Dungeon Hunter 4. That one had huge demons, wizards, cool explosions and effects, but this one features thieves and more realistic characters and less glossy and shiny wizards. Gameloft skimped on eye candy a bit here… Still, there’s a lot of content and fun to be had with the game. 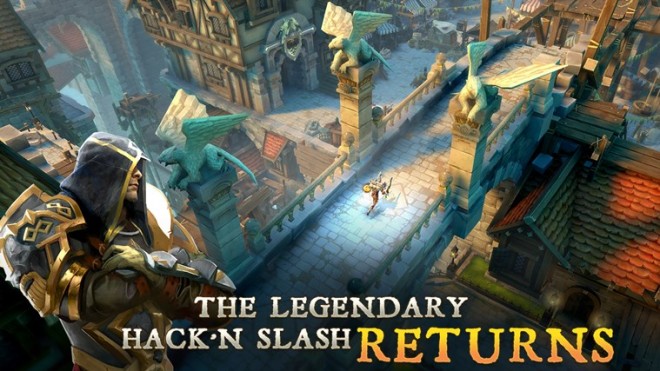 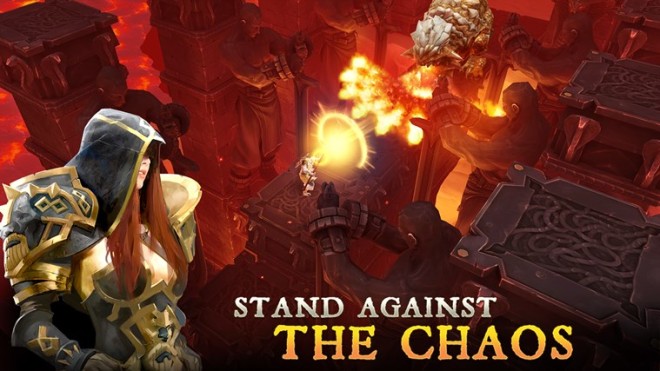 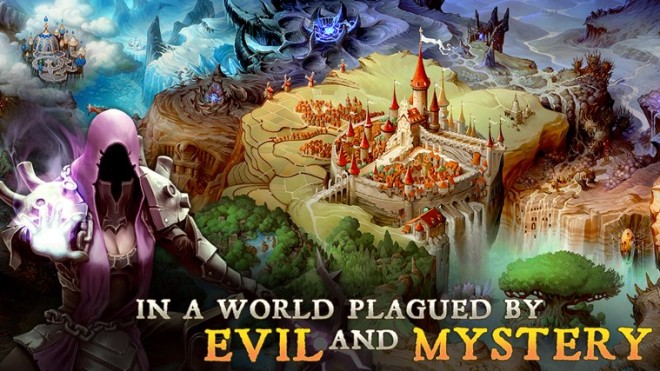 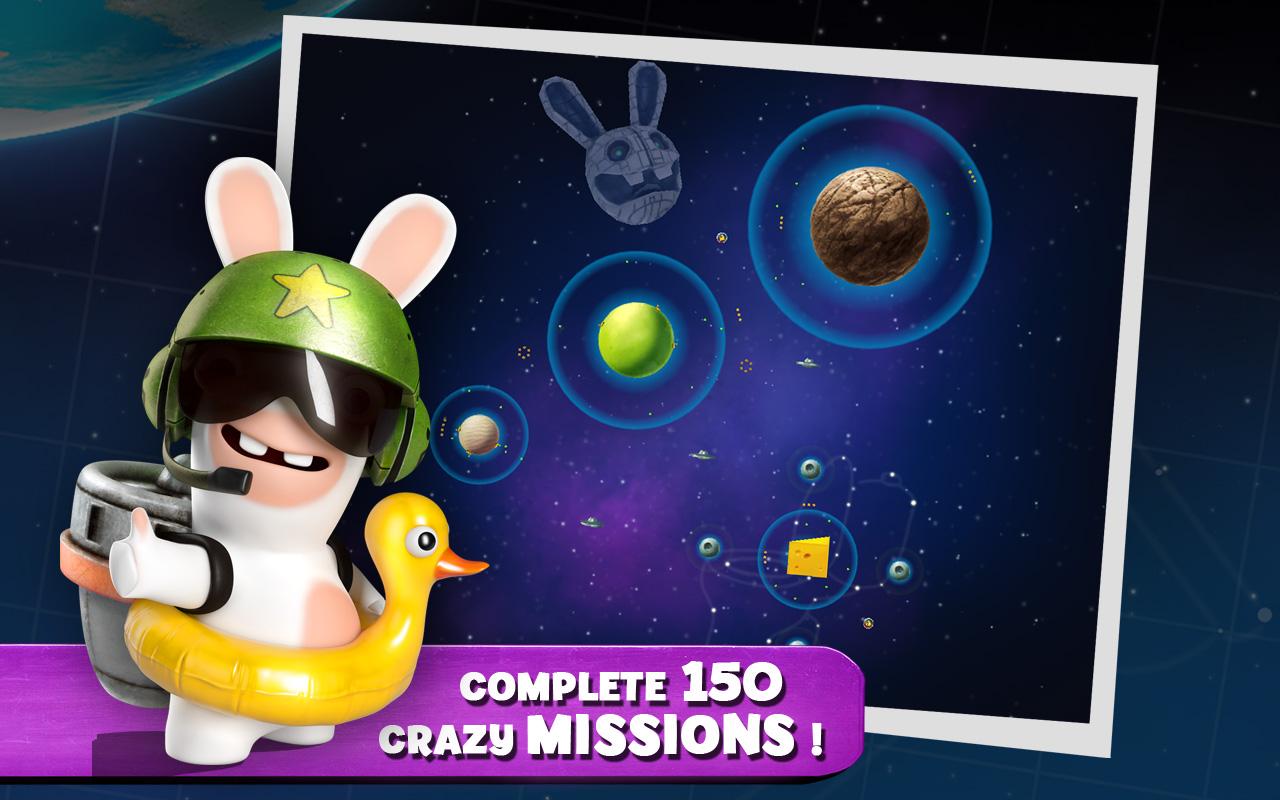