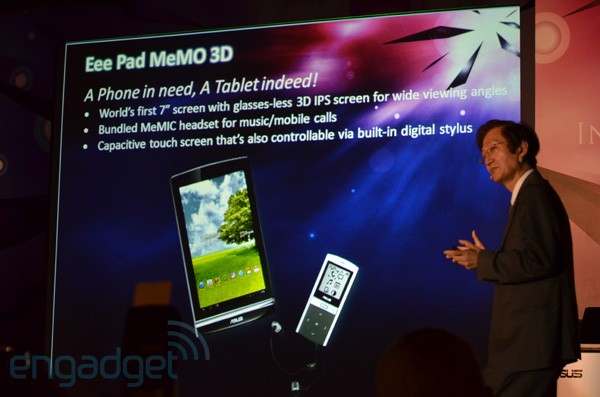 In these Computex 2011 days, ASUS seems to be one of the major players on the floor in Taipei. Fresh after revealing the ASUS Padfone, the company also detailed the Eee Pad MeMO tablet. This device comes with a 3D display, as confirmed by Jonney Shih, an ASUS official.

The display on this device is a glassless 3D IPS, capable of a 1280 x 800 pixel resolution and it measures 7 inch in diagonal. The slate runs Honeycomb and it will now be known as Eee Pad MeMO 3D. There’s also a MeMIC Bluetooth headset bundled with the product and if you’re wondering about prices and launch dates, you’re out of luck.

MeMO is a portrait-oriented device that supports stylus input and recognizes handwritting. The bundled handsfree headset allows the user to make calls and listen to music. Once you turn the tablet into landscape mode, it becomes a 3D display, ideal for games and video viewing. 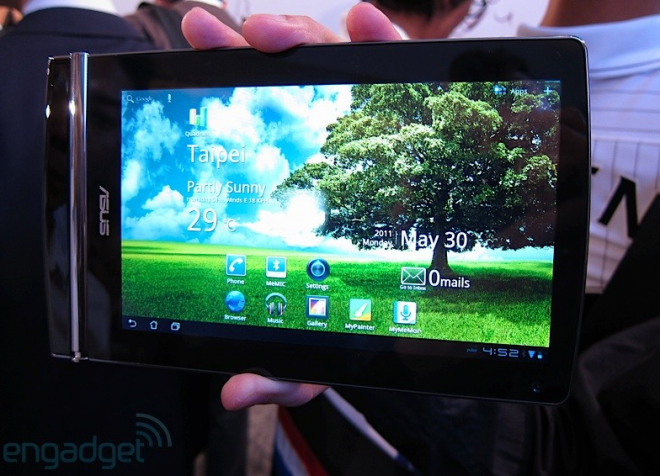