Coby is a budget device maker, that has been showing off prototypes for a new series of tablets with faster processors and new software. The folks of Coby were also present during a trade show in Hong Kong, where they showcased dual core and quad core slates, that are presented in the video below.

At the moment Coby only sells single core ARM Cortex A8-based tablets, that use the Allwinner A10 chip. However, the company is working on models with the faster ARM Cortex A9 chips, that include the Samsung Exynos 4412 quad core CPU, Tegra 3 quad core CPU from Nvidia and Amlogic AM8726-MX dual core chipset. Finally, on the same list we find the Rockchip RK3066 dual core processor and the new tablets come with screen sizes that range from 7 to 10 inches.

HDMI outputs are included, as well as USB ports and dual cameras (front and back). Some of them run Android 4.1 Jelly Bean even, although most of them probably come with Android ICS. We have no idea exactly what model from the video will make it to the market, but at least we know we’ll have more affordable tablets to test in the near future. 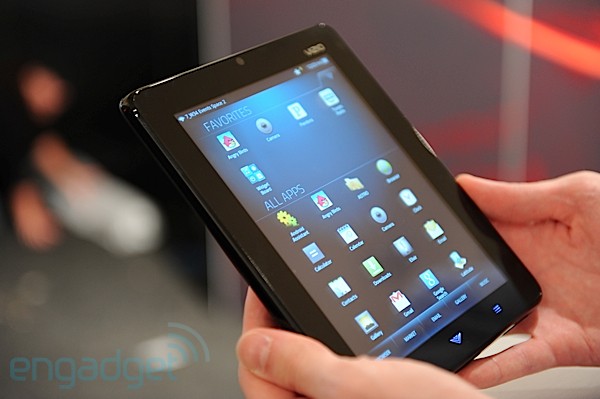