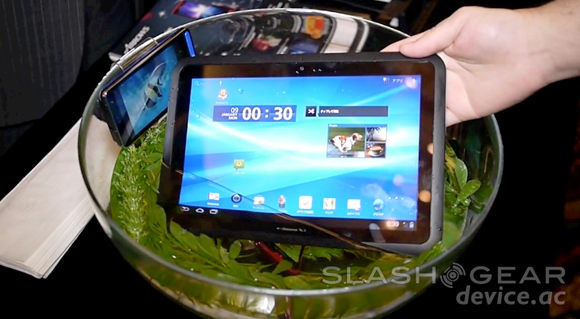 The folks of Slashgear got some hands on quality time with the Fujitsu Arrows waterproof tablet, that accompanies a series of waterproof handsets from the same company. This slate is shown submerged in a bit of water below and it appears that it can do more than that. This is not a singular product, since the Pantech Burst waterproof tablet was also shown at CES 2012 this week.

This tablet you see here has been on sale in Japan for months now, but it’s only now that we received a waterproof version. This is not a thin slate, or a sleek one, but at least that makes it feel sturdy and not fragile. It runs Android 3.2 Honeycomb and uses a dual core 1GHz processor of the TI OMAP4430 kind, plus it has a display with a 1280 x 800 pixels resolution. This is the NTT DoCoMo version of the device, so that’s why there are all sorts of preinstalled apps on board that you’ll never see in your region.

AT&T is expected to debut this model with LTE connectivity, with stock Honeycomb running on it, unless the USA carrier wants to customize it. This 10.1 inch tablet seems to move well in the hands on video below and in case you’re wondering it does have Android Market available on it. Does anyone actually feel the need to hang around a pool with a tablet risking to drop it in? 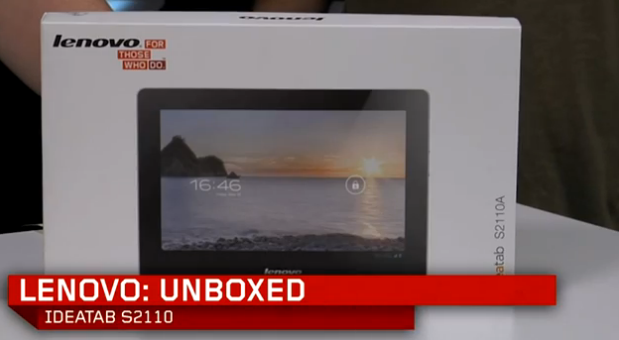