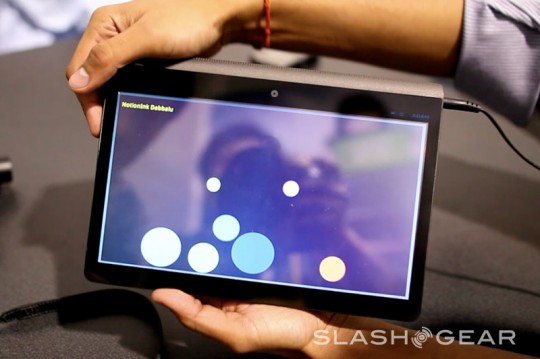 Notion Ink brought is cool Adam tablet at CES 2010, getting a lot of attention for the device, specially because it packs an Nvidia Tegra 2 chipset and it’s the first to use a Pixel Qi display. The folks of Slashgear got some quality time with the device and we had a look at their impressions in the following lines.

Keep in mind that this is a prototype and Adam’s casing is not in its final version/design. The final product will be only 14mm thick, or even 12mm, with a very tiny bezel and packing a 10.1 inch Pixel Qi transflective screen. This is a capacitive toucshcreen display, that can recognize 6 simultaneous points of contact.

The device supports WiFi and 3G and thanks to its Tegra 2 CPU, Adam is 1080p capable and there’s a HDMI port on board, ready to output video to a HDTV or a projector. Notion Ink’s Adam runs Android and the final version will sport an UI that brings with it a cool keyboard that’s very ergonomic for a large touchscreen. 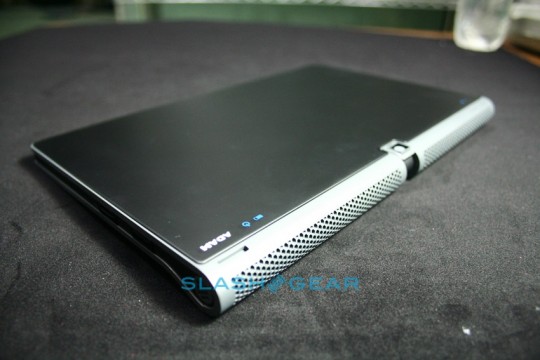 Pixel Qi technology is basically a display that can be operated as a full color LCD indoors or as a low power reflective screen outdoors. The tablet also features an accelerometer and a new 3 megapixel camera with a “patented swivel action”. More details about the prototype, in the video below:

Chinese Tablet SoC Developers Get Important Increase in Shipments in 2012