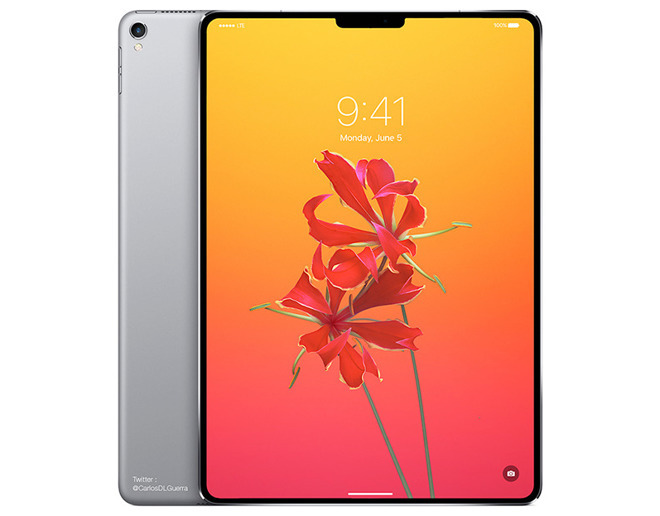 Bloomberg has it on good authority that Apple will unveil a lot of hardware products during the next month event. Last we heard it was taking place on September 12th and it was about to bring us 3 new iPhones. At least two tablets and a watch now pop up. We have details below.

The theory about notch iPads is back. This time we should get an 11 inch iPad Pro and a 12.9 inch model, both ready for debut. The 11 incher replaces the 10.5 inch model, with a smaller bezel screen in the same footprint. Bezels are cut on both versions, by the way. There’s no more Home button or fingerprint scanner either and we’re using Face ID, courtesy of a special face unlock mechanism tucked within the notch.

An interesting new leak says that the slates will be controlled with gestures, much like the iPhone X and you’ll use those gestures to navigate the tablets and Face ID to unlock them. I don’t see anyone mentioning an Apple Pencil 2, but I have a feeling it’ll also come up. Lately we’ve also been seeing a strange cutout of the back of the new iPad’s case, so something new is also ready for its back side.

What could it be?