Asustek has been very careful ever since its entry on the tablet PC market to not make a wrong step. First they sold a lot of units when the ASUS Eee Pad Transformer came out, then the Prime was the first quad core Android device, then they were quick to offer the Android 4.0 updates and then they unveiled the PadFone original format. Now they’re gunning to become the best selling Android tablet brand in the second half of this year.

Company CEO Jerry Shen is the one who stated this goal recently, during an investors conference. Asustek will also launch Windows 8 tablets in the third quarter of the year, according to the same official. In other news, the Zenbook ultrabook series brought 10% of the total notebook shipments and it’s expected to reach an important 10-20% by the end of the year. The company also reached consolidated revenues of $3.08 billion, gross margin of 13.9% and operating profit of NT $4.74 billion for the first quarter of the year.

It will be a very interesting Q2 for the company as they launch the PadFone and prepare to debut that Google Nexus Tablet that has been long rumored and we’re waiting for during June’s Google I/O. I have a feeling that by the end of the year the Android tablet battle will be only between two brands: ASUS and Amazon. 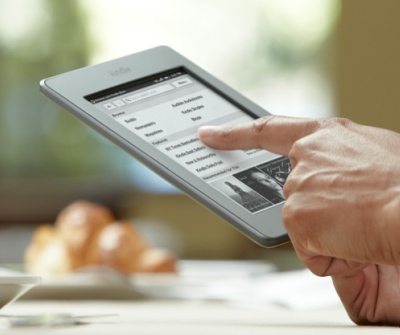