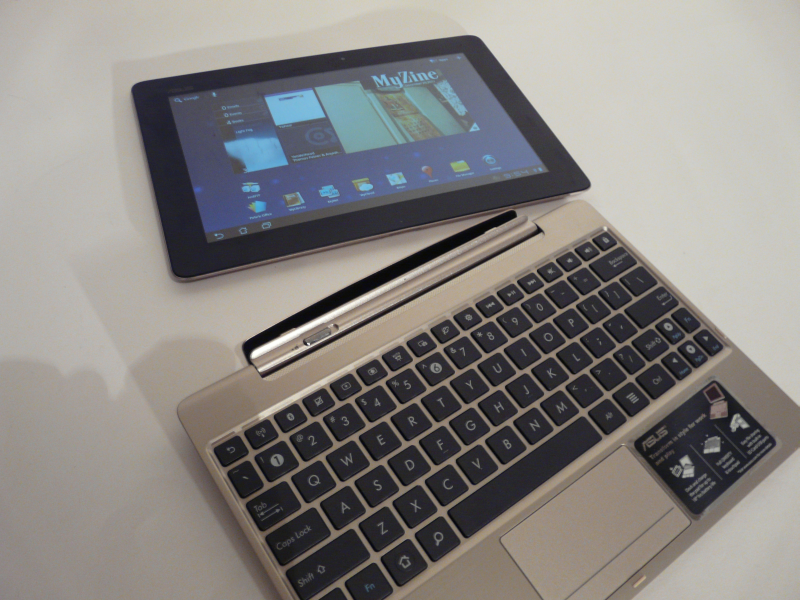 Since it’s the year end we thought about offering one last piece of special news or better yet, a full review of the first quad core tablet with Android. I’m talking about the ASUS Transformer Prime, that we’ve been testing over the past week. This device has been in the news a lot lately, especially since it was delayed at least 5 times since its initial scheduled debut date of August. It was only this month that it hit the market, first in Taiwan and eventually in the USA, where the device got a $500 price tag with keyboard dock included. 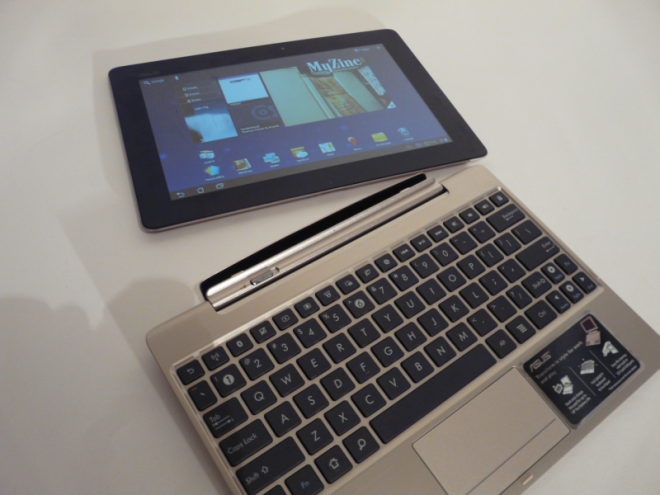 To make things clear we’re dealing here with a combo between a keyboard dock and a 10.1 inch tablet from ASUS. Lately there have been problems with the Transformer Prime branding, since Hasbro feels that it’s too similar to the trademark on its robot cartoons and movies. Back to the tablet, we’re dealing with a beautiful piece of gadgetry, with the slate measuring 8.3mm in thickness and weighing 586 grams. The keyboard dock also weighs about 500+ grams, so all in all the entire package is light.

ASUS Transformer Prime uses a 10.1 inch Super IPS+ LCD screen with 1280 x 800 pixel resolution and a special option for outdoor view, that drastically increases brightness. We also get a bunch of stereo speakers, a micro HDMI port, a microSD card slot and an SD card slot provided by the keyboard dock. The slate is available in 32GB and 64GB versions, with 1GB of RAM and no 3G version in sight just yet. Considering what the ASUS CEO had to say about 3G versions, it’s hard to think we’ll ever see this device with 3G connectivity…

As far as the rest of connections go, you get WiFi 802.11 b/g/n, Bluetooth 2.1 and USB 2.0, courtesy of the same dock. Moving on the brain of the slate, this is the famous Nvidia Tegra 3 processor, a quad core unit with 1.3GHz frequency and also known under the codename Kal El. This CPU actually has a fifth core specifically created for the boring, average tasks and with extremely low power consumption. The CPU ranges from 0 to 0.5GHz and it does a good job at keeping the system stable and also give the tablet more battery life. Speaking of which, you’ll get 11-12 hours of functioning time from the Transformer Prime and it will even reach 18 hours with the keyboard dock attached, unbelievable as that may seem. 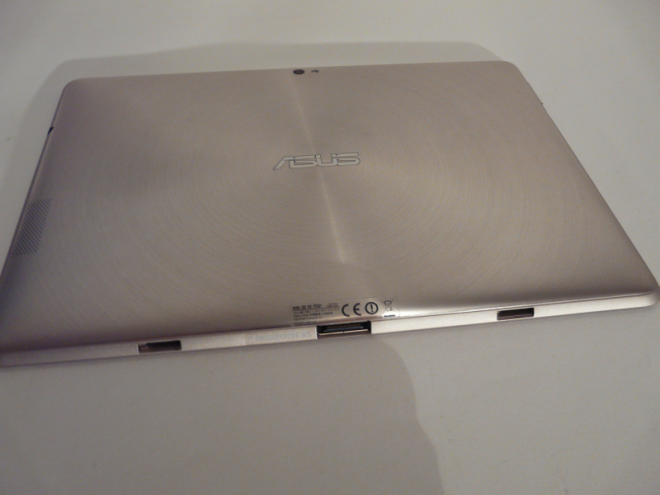 At the back of the device there’s an 8 megapixel camera with autofocus, LED flash, geotagging and 1080p video capture and upfront there’s a 1.2 megapixel secondary camera for videocalls. Finally, the slate comes with the usual accelerometer, gyroscope, compass and GPS. Its OS of choice is Honeycomb 3.2 for now, but this ASUS unit is scheduled to receive Android 4.0 Ice Cream Sandwich early next year. The tablet is available in grey and champagne gold colors and it feels very light and easy to use with one hand. Its sloped design reminds me of the iPad 2 a bit and there will certainly be people saying that this is some sort of copycat.

When attached to the keyboard dock, the device resembles an ultrabook from the ASUS Zenbook series, which is cool, because that device is elegant. ASUS Transformer Prime supports 1080p video playback and it can easily connect to a HDTV, while also supporting gaming via a PS3 or Xbox 360 joystick. Imagine the experience of a HD game on the quad core Tegra 3 CPU and having the tablet connected to both a PS3 joystick and a HDTV. It’s goodbye consoles, trust me!

As far as software goes, ASUS did the basic stuff when customizing the Android experience. We have a bright shiny notification area in the lower right corner of the screen, where we find the usual indicators, for WiFi signal, Bluetooth, battery, brightness and a bunch more settings. There’s also that special IPS+ mode to trigger for extra brightness and a bunch of specific ASUS settings, among which there’s the ability to take screenshots using the recent apps virtual button. With this tablet we also get the ASUS MyCloud solution, providing 8GB of cloud storage, plus the Vibe music service and a function for remotely accessing the PC. 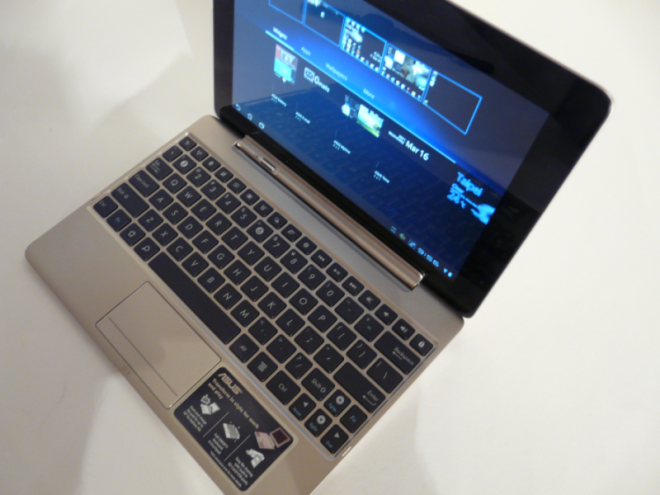 We also have a very good looking file manager that comes in handy especially when attaching an USB drive to the USB 2.0 port. ASUS MyNet will handle the DLNA streaming area, while the MyLibray function will allow you to read books and magazines, underline text, tweak the e-reading options and buy more books. There’s also a note taking application included, SuperNote, that can easily supporting handwriting, drawing on the screen, photo taking and everything integrated with what you type.

When it comes to the camera, the results are clearly better than what we got on the iPad 2, a bit better than the Xoom and about the same level as the Galaxy Tab units, with the obvious upgrade in megapixels. At some point the colours feel washed out, but I must mention that I’m only reviewing a test sample unit and not the final version, so let’s leave it be. Towards the end of our video review you’ll see that we also played a bunch of HD games on the Transformer Prime, stuff like Shadowgun and Riptide. The latter featured a brilliant water splashing effect that proved what Tegra 3 can do. Know that this new flavor of CPU provides 3 times the graphical power of the Tegra 2.

Nvidia compares this CPU with the Intel Core 2 Duo T720 at 2GHz, in case you want to know what you’re dealing with here. Tempting? I bet… Gaming is finally starting to look decent on tablets and the productivity side is not neglected: you have the Polaris Office app to view Office files, you have a physical keyboard for fast typing and some touchpad action, you can attach a mouse if you want, insert an SD card slot, a joystick, connect the tablet to a TV, basically anything that a netbook can do.

ASUS Transformer Prime is certainly the best Android tablet right now, although it has its minor problems. Those can be blamed for now on the fact that what we have here is a test sample and second Honeycomb is not the OS that this device was built for. It will be Android 4.0 that unleashes its raw power. Till that happens I’ll leave you with our video review and wish you a happy new year and lots of tablets in 2012! 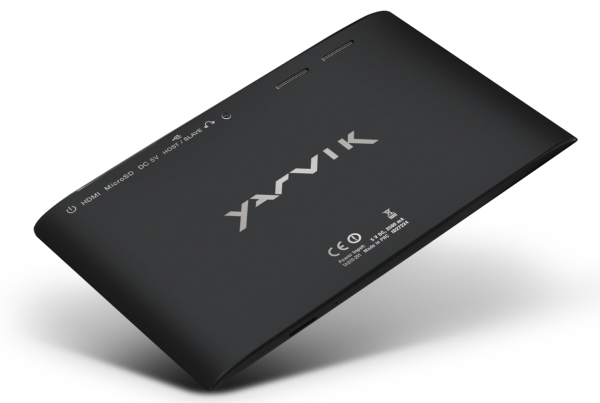