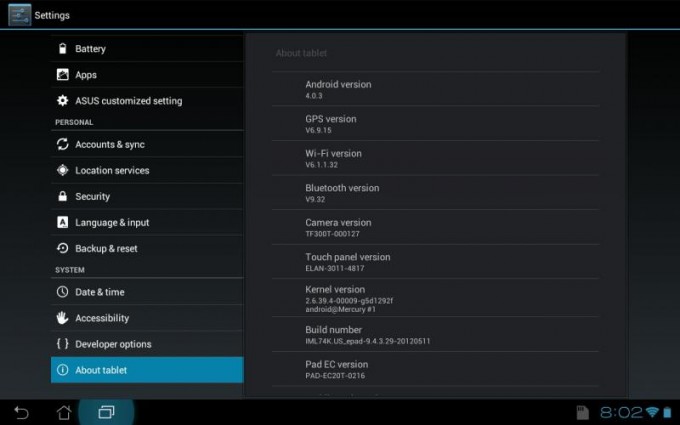 After the ASUS Eee Pad TF101 got an Android 4.0 ICS fix, now it’s the turn of ASUS Transformer Pad TF300 to get a software update. We reviewed the tablet two weeks ago and found it to be a pretty good product, a quad core tablet for the masses that’s a stranger to lag and functioning issues. 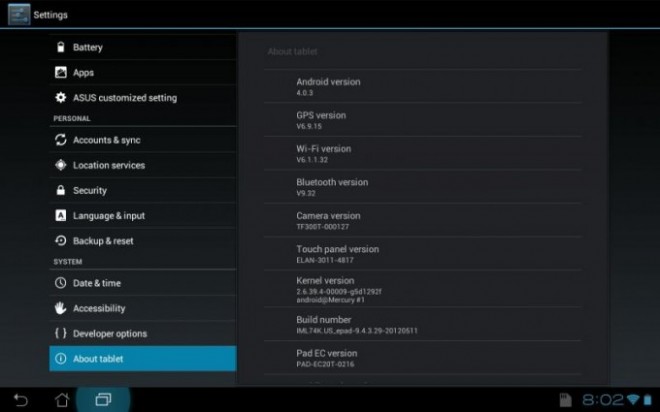 As far as the new update goes, it’s a minor OTA update, that started pushing Friday and it’s now going in full strength. The update brings the software to version 9.4.3.29 and also upgrades the WiFi version and Camera version. The OS stays Android 4.0.3, for now at least. Officially ASUS announced that this update brings better stability and strangely enough the update is not available on the TF300 firmware page yet. This means that users will have to check for the update manually in the tablet settings.

So, did you get the update? What did it do for you? Any complaints or praises? Drop a comment below! 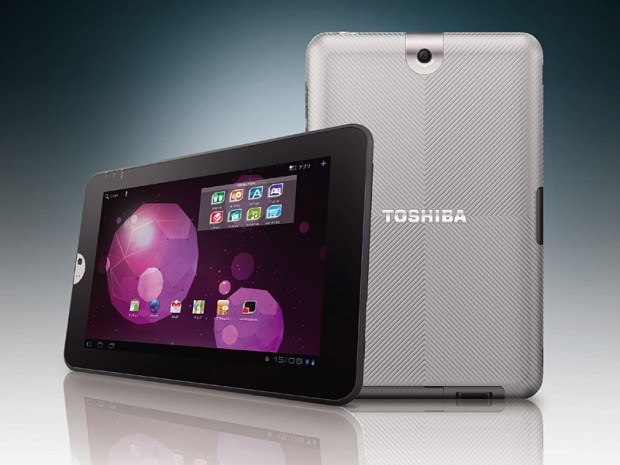