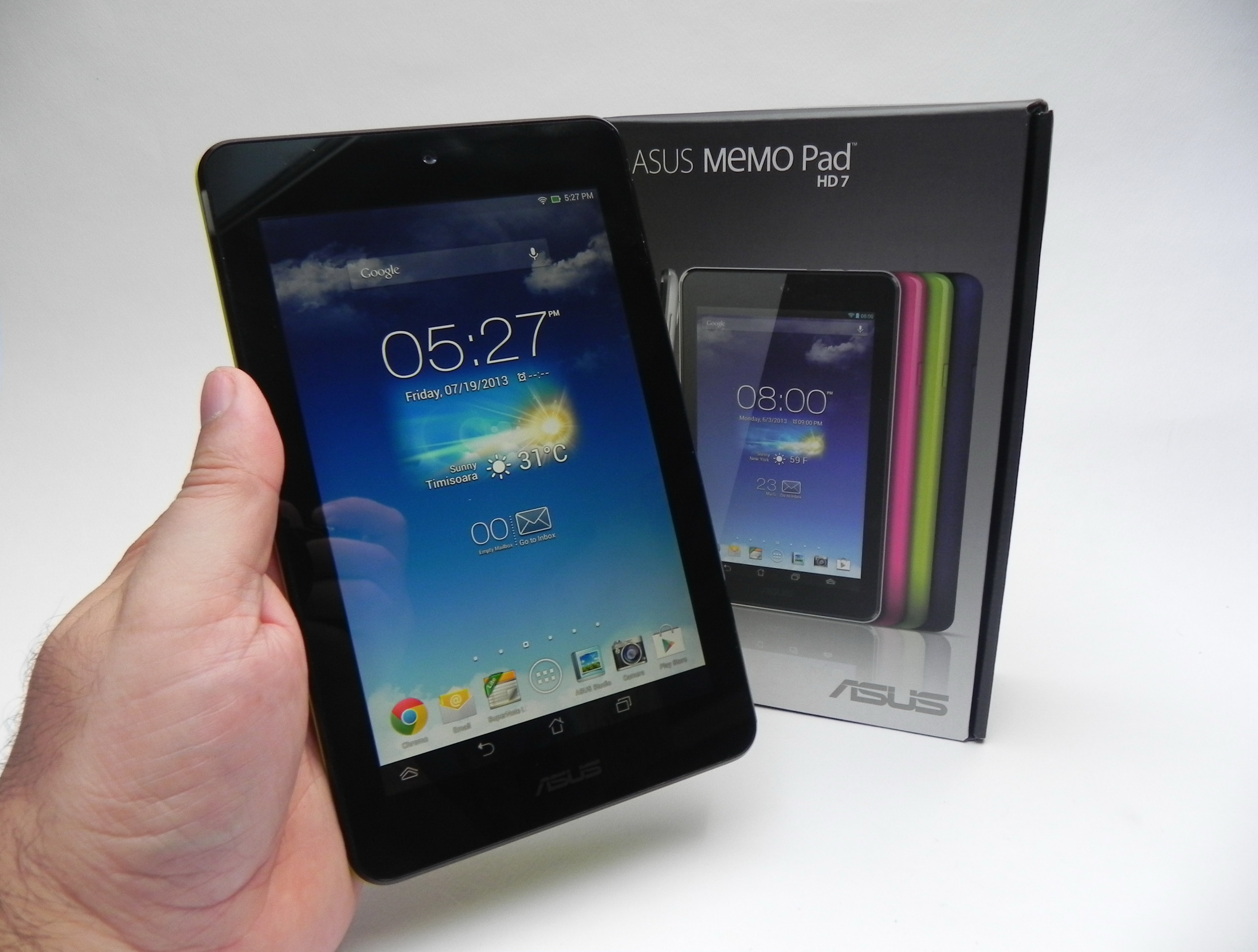 After reviewing the ASUS MeMo Pad FHD 10 with a lot of detail, we now proceed to the ASUS MeMo Pad HD 7, a 7 inch slate that was announced in early June at Computex 2013. It has a very good price tag of $149 for the 16 GB version and you can learn more about it after the break. 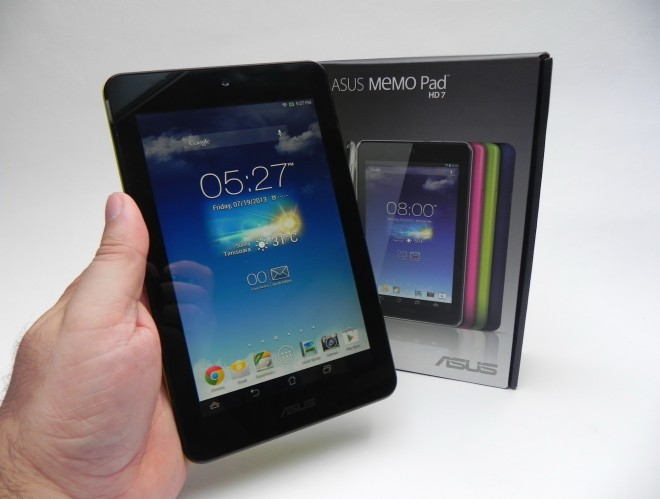 We’re dealing with an IPS display slate with a 1280 x 800 pixel resolution, 10 finger multitouch and a front 1.2 MP camera. There’s also a back 5 megapixel camera and a microSD card slot that expands the 16 GB of storage with an extra 16 GB. We’ve also got 16 GB of cloud storage via the ASUS WebStorage and at the back of the slate you’ll find stereo speakers in the lower area. 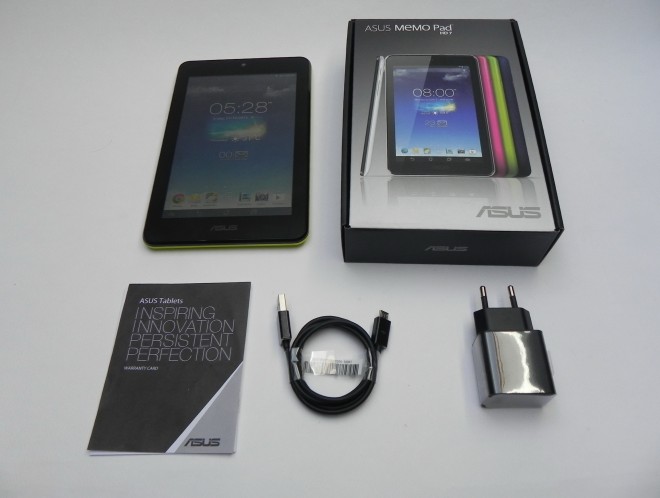 Inside the device there’s a quad core 1.2 GHz MediaTek processor and inside the box we find the USB cable, charger, manual and warranty. ASUS MeMo Pad HD 7 runs Android 4.2, it measures 10.8 mm in thickness and weighs 302 grams. This light tablet packs 1 GB of RAM, WiFi, Bluetooth 4.0 and GPS, plus a 3950 mAh battery. We’ll be back with a full review before you know it.