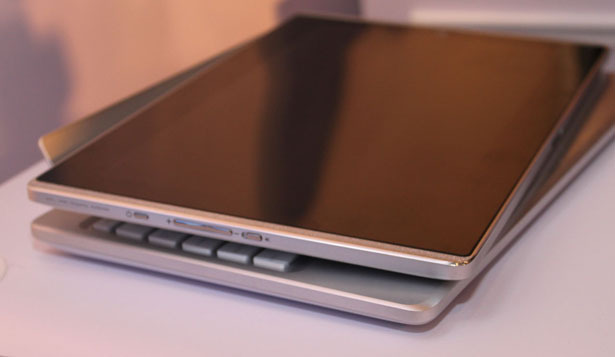 After finding out yesterday that Asus is going to launch a tablet dubbed the Eee Pad, the device got handled during Computex 2010 by journalists and bloggers. The Eee Pad comes in two versions, the EP101TC, with a 10 inch screen and the EP121, sporting a 12 inch display. The latter is pictured below and shown in action at the end of the article. 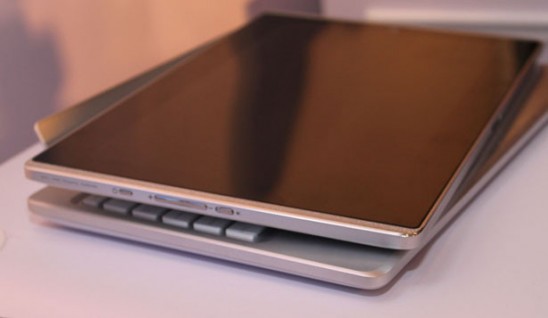 Asus Eee Pad EP121 features a high resolution screen, a thin design and it runs a full version of Windows 7 Home premium. There’s also a virtual keyboard incorporated, plus a real physical keyboard that can be attached to the tablet. You can also place the Eee Pad into a dock, turning it into a netbook. 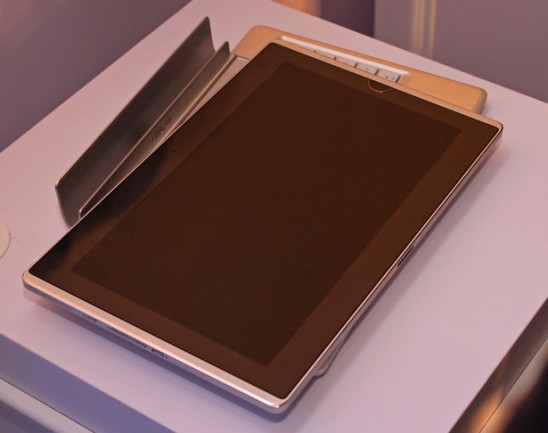 There’s also a secondary dock options, with loads of ports, that makes the EP121 more of a desktop PC, than a laptop. A wireless keyboard will also be supplied with this option, but no trace of mouse, just yet. No info on the launch date of the Asus Eee Pad for now, but till more details surface, let’s watch the following hands on videos: 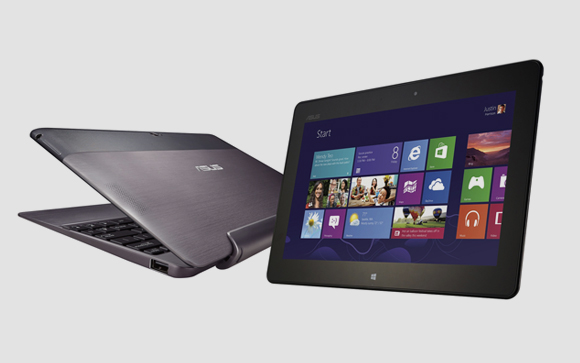